Comment from Sailing Anarchy Forum 2013 "Lickety Split was originally built in 1971 by Easom Boat Works in Sausalito California for Larry Nadler. She was one of 3 hulls built by Hank Easom. The other two were Pretty Penny, Gordon Strawbridge, and The Shadow, Bill Clute. There were a total of 5 boats built to that design. The first was Lively Lady built in 1968 by american Marine in Hong Kong for Mike Shea of Belvedere Ca. She had a very successful career on SF Bay and was winner of the 1969 S.O.R C. Luycaya race. The other boat was Chico which was built in New Zealand and brought to the US by Dr Bill Dubilier. She differed from the others by having an out board rudder. Larry Nadler, an airline pilot shipped Lickety Split back to Conneticut. The Shadow is owned by David Walker and is still actively sailed on SF Bay. She recently underwent a complete re build by Dick Delfino who was one of the people who originally built the boat. Thats enough for now. More info if anyone cares."

Comment from Sailing Anarchy Forum 2013 "Original bought in the early 80's By Bill, Kerry, Ron and Kevin Malloy (but not Dan The Gov., yes he is thier brother) who went into a boatyard in greenwich to look at another boat and bought Lickety Split , " Because she looked fast".... The boat has been owned by Bill Malloy since the late 80's and sailed all over Eastern Long island sound by the family and friends. She was the family boat, and one of the best little race ever. The Hull is cold molded and she is tough as nails, she is quick in light air but really outperformed in her class when the winds went up into the 20s. In 1984 she become the highest rated boat to ever compete in and finish the Vinyard race with a PHRF rating of 168 at the time. She also won block island once and would still race well with a new set of sail and a little TLC. Current PHRF rating is 150 and she was still winning even recently" 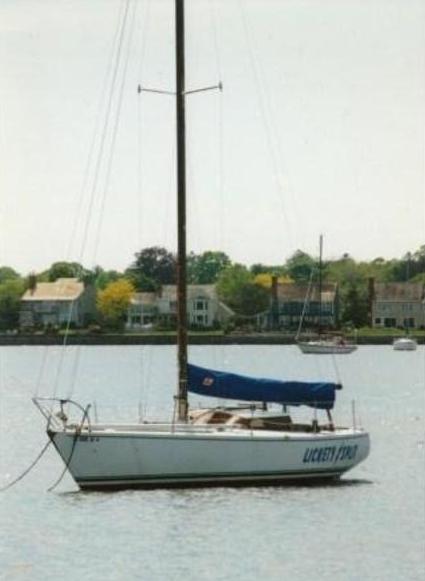 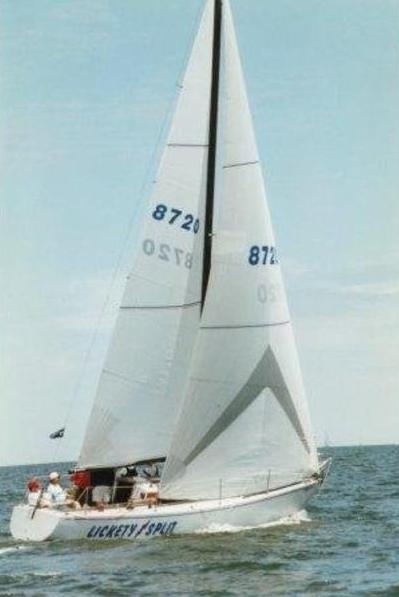 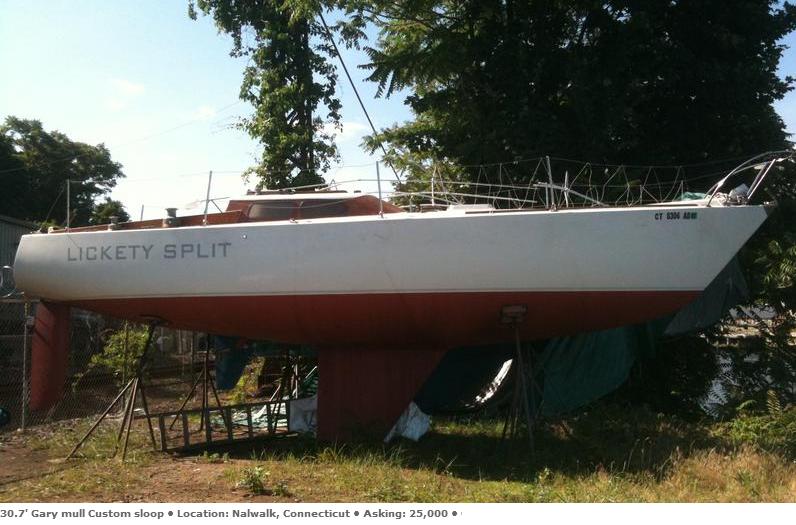 Comment from Sailing Anarchy Forum 2013, "Armac" "Awesome, this is some of the history I really wanted to see. My boat, formerly named Lickety Split, Now Free Run (I'm a winemaker), had a radical keel and skeg ectomy in the early eighties"