1982 New owner and new name:
Wallbanger, IRL 417
From Facebook 2021 "Raced against 'Tearaway' in 82 at Tomatin. We were in Wallbanger, another GK34. The crew invited us onboard for pints of Guinness from a keg they had in the forepeak. Chancers! I already knew the secret. But it got a few people going. Craic was mighty." 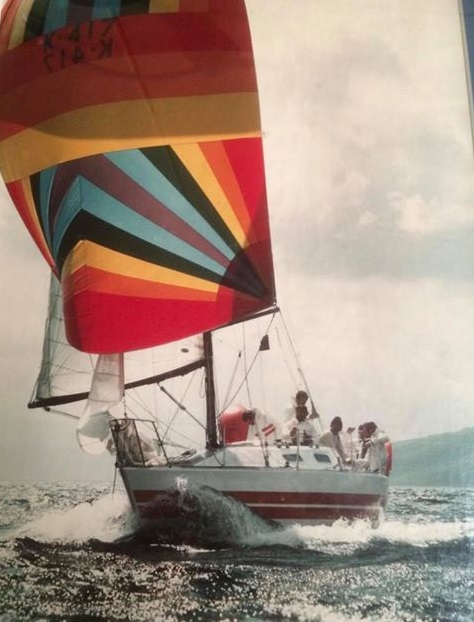 Picture from Northern and Southern Ireland racing yachts past and present Facebook March 2020,