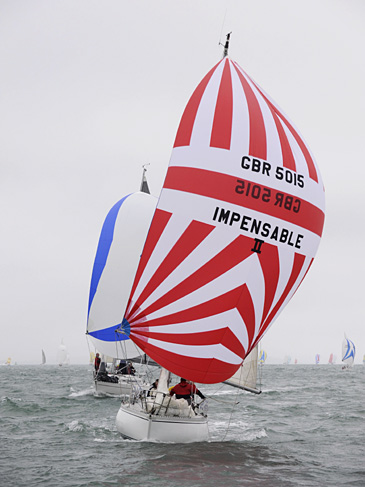 Winner ISC Inshore Series and Ouistreham Trophy
Octobre: mail received from Chris Smith with this picture and all results

2014 April, For Sale - A Vendre: One very successful cruiser racer with records available on request and a sail wardrobe to die for!. The impensable class was the fore runner of the Beneteau First 30 following the success of the first Impensable ( Winner of the 1973 Half Ton Cup) Laid up in 1987 this boat was restored and relaunched in 2003 and the current owner has kept her fully updated and still winning. A stunning finish to her hull can easily be seen in the photos. A lot of boat for the asking price and an ideal opprtunity to go racing on a sensible budget. With her safe cockpit, this half tonner could be suitable for cruising with children, who would probably be less bored due to fast passages. Lying Isle of Wight 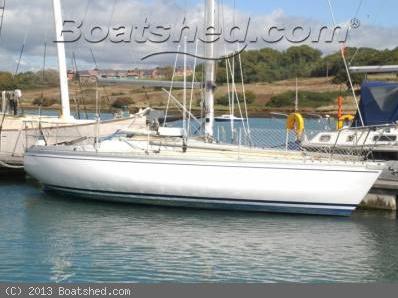