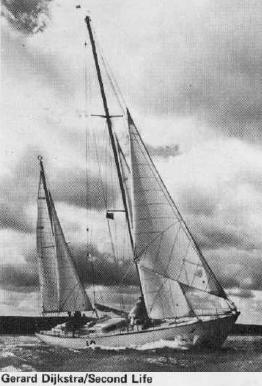 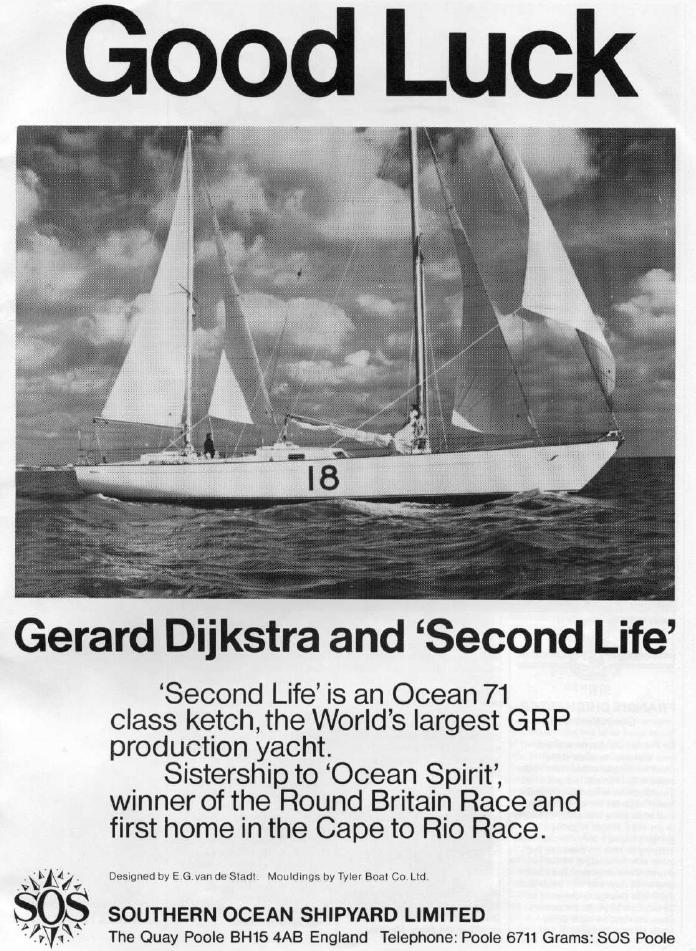 2014 DailySail, Second Life - Roddie Ainslie's Ocean 71,  Roddy Ainslie writes: "Second life was used as a sort of poor mans charter boat for a year or two after the 73-74 race then finally sold to an American who spent a fair amount on the interior, some new sails etc and then the new owner cruised her around the Med for a while. She was later seen moored in Chesaspeake Bay. The next time I heard of her was some years later, it was rumoured that she had been sold by the American Government having been caught drug running. Then about five years ago I understand she sank in the Caribbean having taken on a lot of water very suddenly, Fortunately no one was hurt."