Condor of Bermuda is a polished mahogany race boat; and is often confused with its successor, Condor (sometimes referred to as Condor II , which was of Kevlar and composite construction, and slightly larger, due to IOR rule changes. The two boats were colloquially known as The Grand Piano and Plastic Condor or the Brown Bus by those who had sailed on both.It was the in 1977 in the Whitbread Around the world Race.
After developing a substantial lead, Heath's Condor was ultimately uncompetitive in the first leg (UK to Cape Town), due to a catastrophic rig failure.
Won the second leg (Cape Town to Auckland, New Zealand)
Second in the third leg (cracked mast)(Auckland to Rio de Janeiro)
First in the fourth (final leg) (Rio de Janeiro to Portsmouth)

1980 Damaged on a reef in Tahiti. Salvaged, rebuilt, and re-campaigned

26 December, Sydney to Hobart: 99e/139 IOR, corrected time 4d08h14', TCF: 1.0563, Bob BELL, (which was the closest ever finish, winning by just 7 seconds against Apollo III during a gruelling match race up the River Derwent) 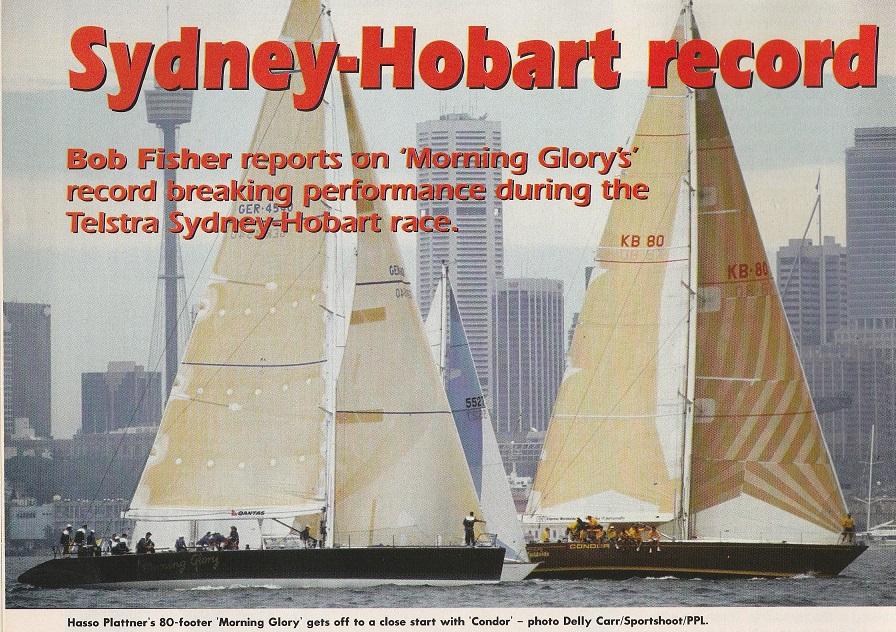 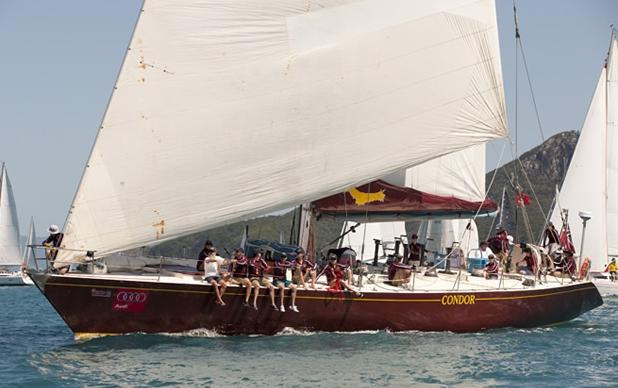