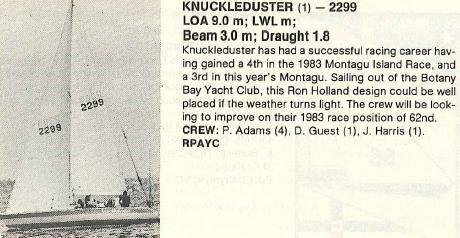 2021 April, from Facebook, "I believe thats what the originals were called when they the first one half tone world cup. Here in Australia just known as Holland 30. This one had done 3 Sydney to Hobart's in the late 70's when called "Knuckle Duster". One called "Screw Loose" actually won the iconic race to Hobart in '78. Unfortunately it doesn't get sailed very often these days. ( as much as I'm attached to it will probably sell in next 12 months)" 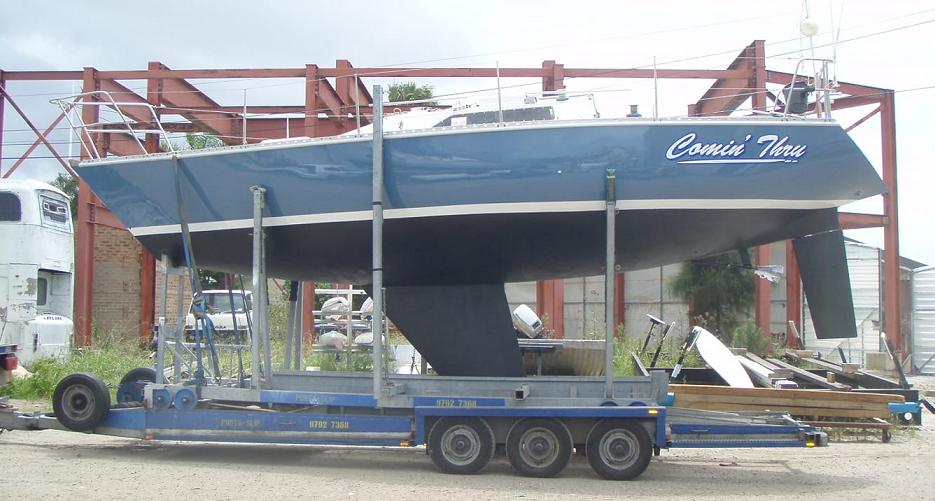