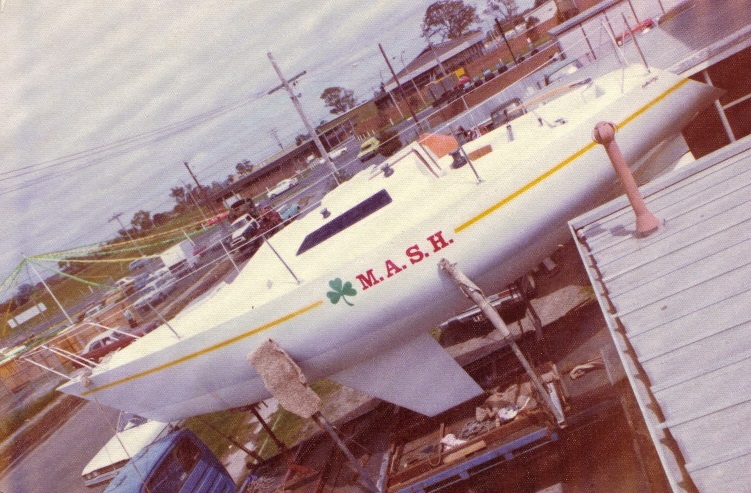 MASH, a customised Holland Half Tonner built by Doug Sharpin (from the 'Golden 30' mould) for the 1977 Half Ton Cup. She was built in lightweight vinylester at Rob Mundles facility at The Spit in Sydney Harbour, and was given a taller rig than her production sisterships, with a double spreader spar supported by running backstays. The name MASH was an acronym of Mundle, Anderson (John Anderson, the 1972 Gold Medalist in the Star class and North Sails representative), Sharpin and Holland. 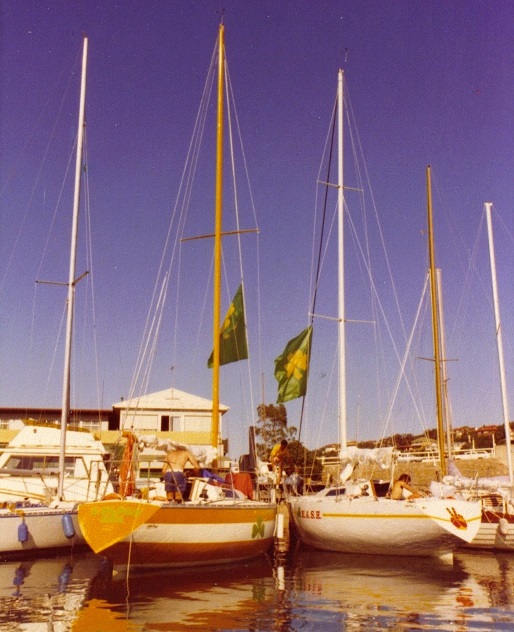 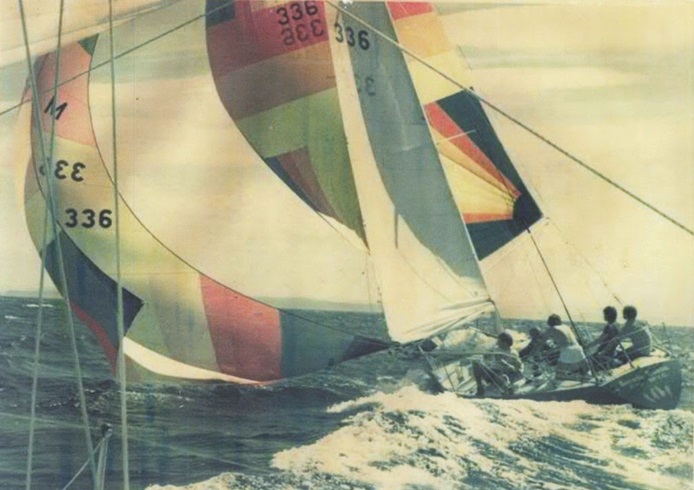 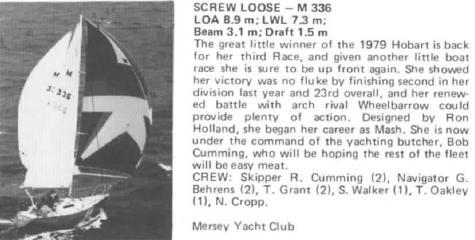 1988 Sold to Chris Walmsley, who also campaigned Screw Loose with some success in Papua New Guinea.
She made the trip from Cairns to Port Moresby without mishap, but lost her mast during a coastal race in Moresby. The boat was hard running when the rig went over the bow. The rig was retrieved and repaired with an internal sleeve, and the crew were back racing in a couple of weeks.

2010 The distinguished history of Screw Loose had become a distant memory by 2010 by which time the Hobart champion had became a roost for resident sea birds in the Royal Papua Yacht Club Marina in Port Moresby, and appeared somewhat neglected.
Screw Loose circa 2010 (photo mysailing.com.au) 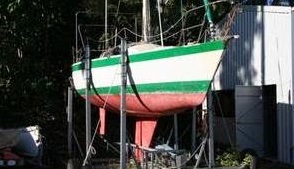 2011 Fortunately, it was reported in 2011 that a new owner had decided to refurbish the yacht in Airlie Beach, and fit her out as a comfortable cruising sloop. It is not known if the refurbishment was completed.

2021 April, from Facebook, ""Screw Loose" actually won the iconic race to Hobart in '78. Unfortunately it doesn't get sailed very often these days. (as much as I'm attached to it will probably sell in next 12 months)"