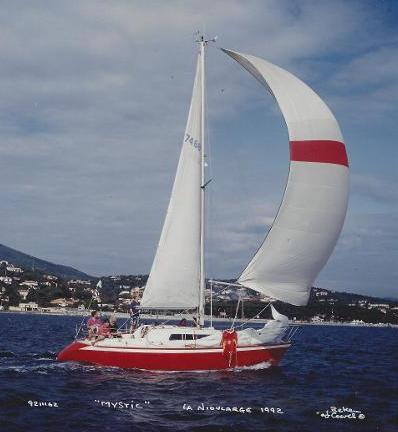 2017 February, For Sale Just Arrived 1978 Camper and Nicholsons Cruiser Racer based on a sucsessful Ron Holland designed half tonner."Mystic" has a comfortable interior, replacement Diesel engine,fully battened main and Facnor furling headsail system with all lines lead back to the cockpit. Great perfomance with Nicholson build quality. One owner from new and yard maintained throughout its life, Now requiring updating and in end of season condition. Forza can sleep up to five adults in two cabins with a separate marine heads between the fore cabin and the main saloon.The interior is trimmed in teak faced ply with a relatively recent set of interior upholstery to give a warm cosy cabin rather than her stripped out counterparts. Single spreader mast head rig with stainless steel standing rigging replaced in 2002. Aluminium alloy mast ,boom and rod kicker with Dacron main and furling headsail. Running & standing rigging could do with being replaced due to age requirements. Two cylinder Yanmar marine diesel with raw water cooling system in good condition for its age and believed to be circa mid 80s. Two blade propeller driven via a shaft giving 7 knts under power. B&G log speed and depth with Autohelm tiller pilot,GPS and old VHF radio.All could do with being replaced and updated for use at sea. This vessel was purchased as one of a pair and had money spent on her over the years however in recent years she has been under used and now requires upgrading in order for a new owner to put to sea. A modern day classic with a racy hull and good accommodation which needs a new owner to enjoy her potential. £ 8,995 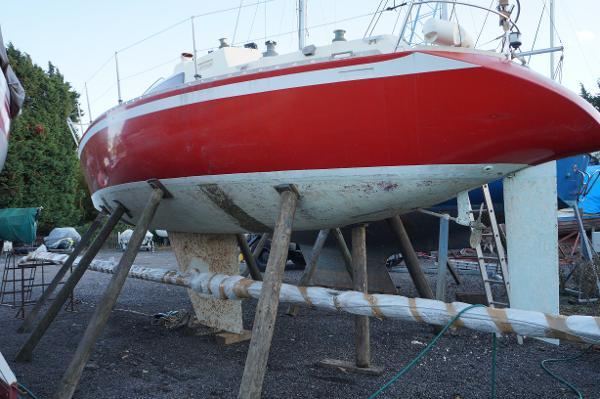 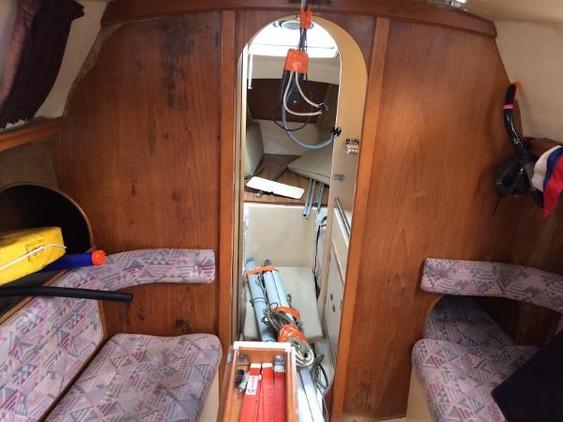