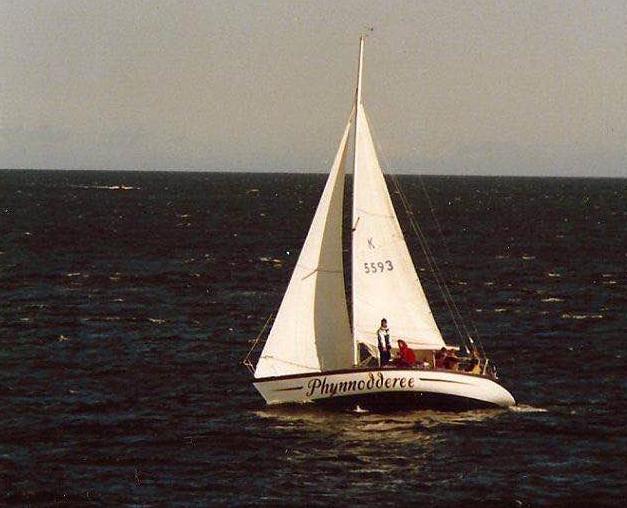 2017 February, For Sale, The Nicholson half-tonner was designed by Ron Holland in 1976 to the Half Ton Cup IOR rule, and had considerable racing success. This 1978 example has the later design of iron keel with lead bulb. She is both fast and exciting to sail with race crew or shorthanded. All lines lead to the cockpit from where both white sails can be reefed. Layback's accommodation has been updated to include five good berths and a galley superior to one normally found on a boat of this size. All upholstery and head linings have been replaced during 2014 / 16. All standing rigging was replaced in 2015 along with the addition of a new genoa and cruising chute. Layback has been lifted out annually for a minimum of 4 weeks for maintenance. She has been antifouled and fully serviced 2016 ready for the season. A 2016 survey is available. In the seven years of current ownership continual improvements have been made, whilst successful club racing and Irish Sea cruising have been enjoyed in this very capable boat. Constructeur: Nicholson, Matériel: Fibre de verre, Largeur: 3,07 m Tirant d'eau: 1.72 m Déplacement: 3400 Kg Capacité de combustible: 80 L; lying à Cumbria (Royaume Uni) 15.262 € Recentle reduced- PRICED TO SELL! GRP body, deck and superstrucure with white body and grey non slip deck. Iron & lead fin keel. Spade rudder with tiller direction. Large race efficient self-draining cockpit with central mainsheet traveller. Mechanicals Beta BZ482 13HP Diesel inboard engine (1999), serviced every season. Shaft navigate through flexible coupling and P bracket to a 2 bladed FLEXIFOLD propeller (2011) with rope cutter. The seating has benefitted from extensive refurbishment and upgrading during the current ownership. Behind the companionway steps is access to the engine and main electrical panel... There is a single stainless steel sink with drainer and foot-pumped chilly water as well as a cool box and a variety of stowage cupboards. All the cushioning and foam padding were refreshed in 2014 - 2016 as were all the compartment head-linings. 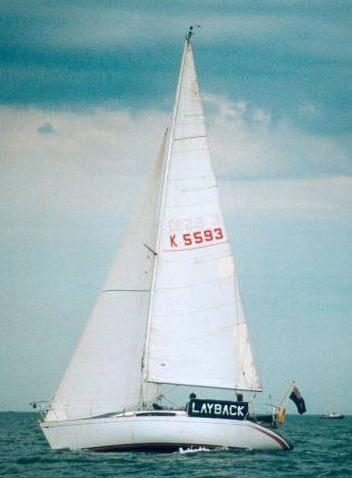