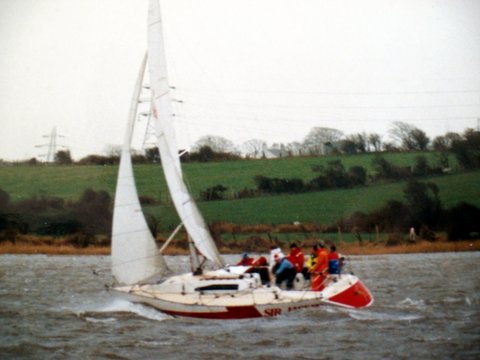 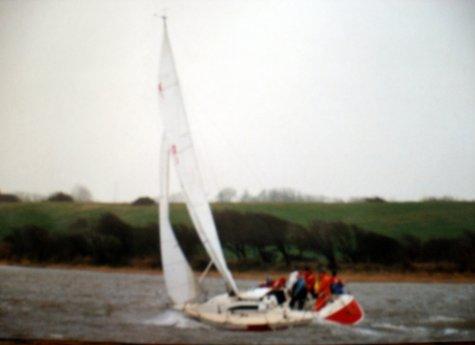 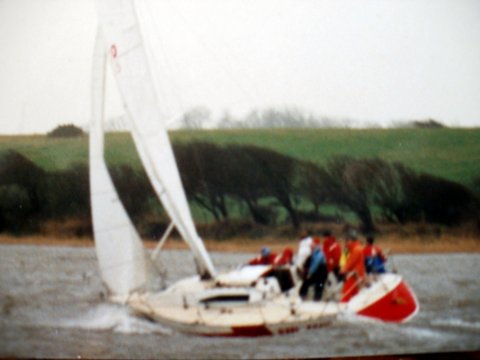 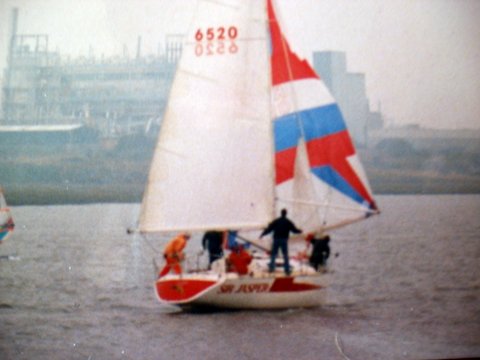 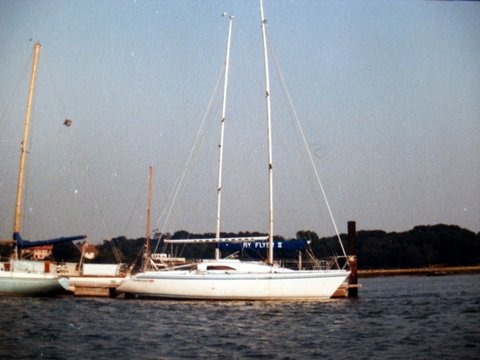 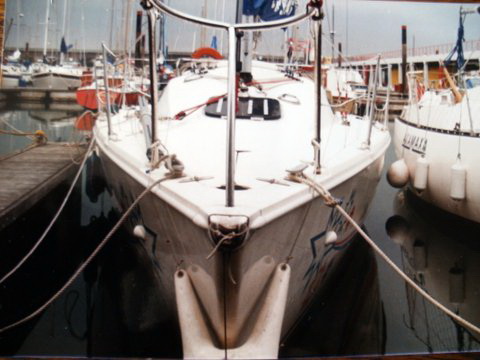 Pictured at Brighton Marina in 1982. 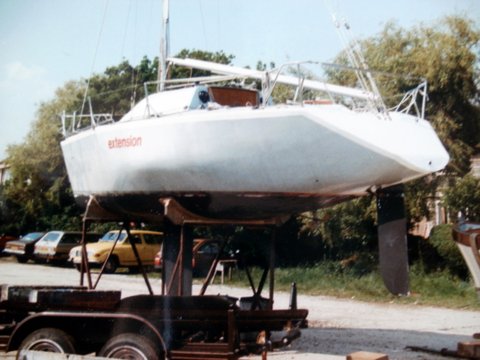 Information from Dutch QT Facebook, october 2015: "but it is an extended Extension 24 1/4 ton yacht according to the Dutch Extension builder Jim Lensveld. Anyone more info?" 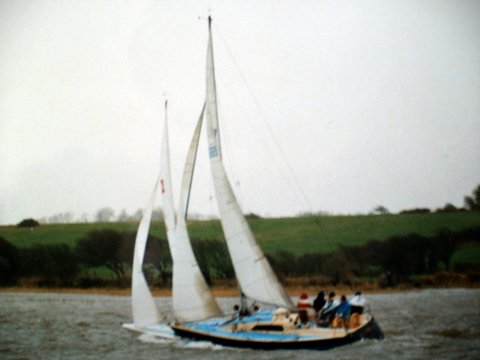 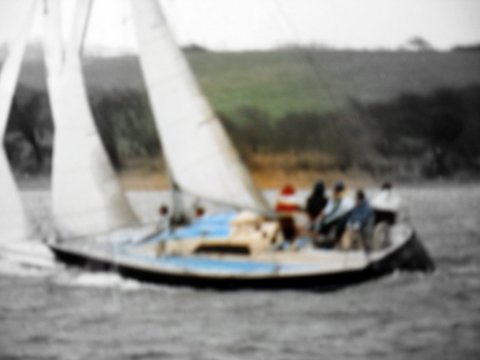 Pictured racing at Blackpool and Fleetwood yacht club the yacht is still there.
Design Torledo 30 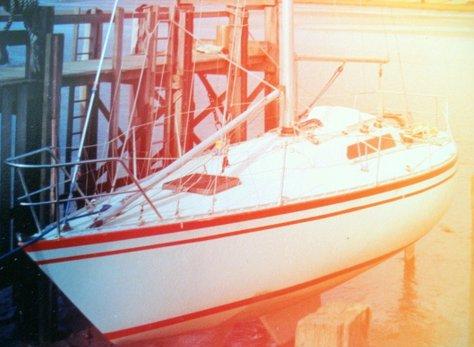 Picture attached the owner then went on to commision Rob Humpheys to design Scenario Act 2 which was designed to dry out on every tide as you can see from the picture all the racing boats at Blackpool and Fleetwood Yacht Club, Lancashire,UK were on drying jetties. 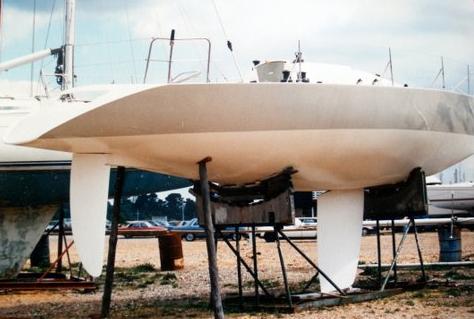 I think this is a half tonner with no name on the hull looks new and the picture taken I think in 1982 or 1989.
Picture take at one of the marinas in Lymington