"Back in those days, the Sisk family of Dublin had a very successful Sparkman & Stephens 36ft sloop, Sarnia, an Italian-built version of the Swan 36 – she's still in Dun Laoghaire, and had a fine restoration job done a few years ago. But in 1969 Hal Sisk happened to see one of the earliest Ecumes de Mer at the Genoa Boat Show, and he also met up with Finot. Somehow he persuaded the rest of the family that they should have a very special 30ft aluminium offshore racer to the latest Finot designs to take every possible advantage of the new International Offshore Rule.
Alouette de Mer was built in a factory near Le Bourget airport in Paris, and arrived in Ireland ready for sea in every way except that she was totally unpainted. The Sisks had been persuaded with irrefutable French logic that it wasn't necessary, so she went newly afloat in July 1971 naked as a jaybird, and won her first race, and many thereafter. I can remember racing against her that year, but it wasn't until a late July evening when were sailing gently through the moorings in Dun Laoghaire, and saw Alouette de Mer on her moorings among more traditional boats, that the utter starkness of her appearance really registered."

1971 July, "Naked as a jaybird". The 30ft Finot-designed Alouette de Mer was totally unpainted when she arrived in Dun Laoghaire by road, and she stayed that way for her first season. Photo: Hal Sisk 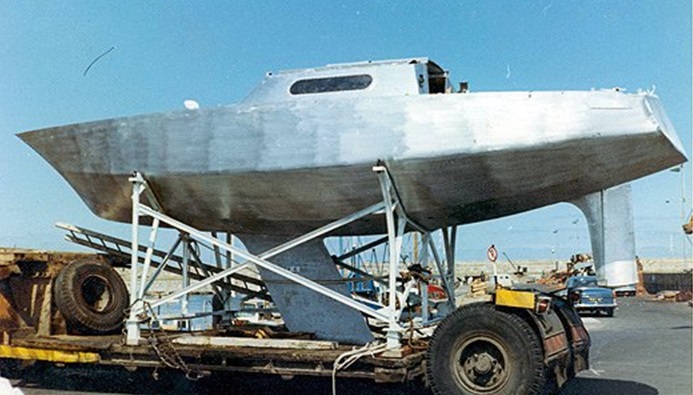 August, section of a page of the Seascape column in "Irish Yachting & Motorboating", 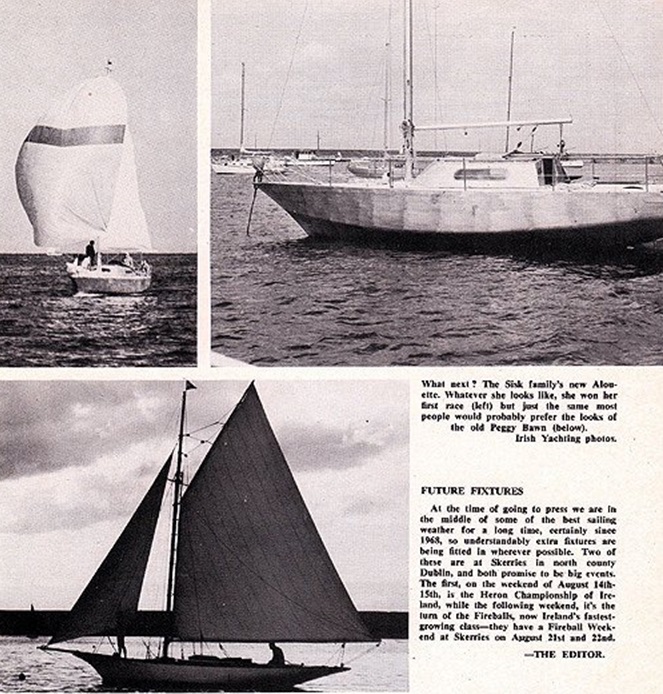 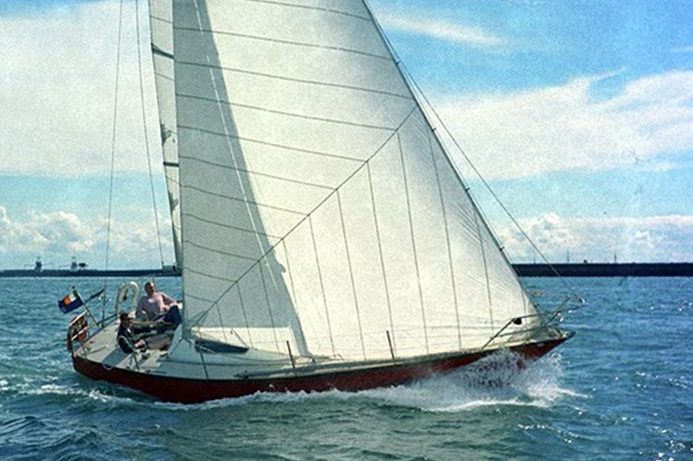 "Subsequently, Alouette was painted red, but it didn't stop her winning. Though she wasn't the prettiest girl on the block, she was remarkably comfortable to be aboard, particularly in the cockpit - a Finot characteristic also found in the Ecume de Mer. Alouette personified racing enthusiasm, so when the Sisks decided that they had done enough for the cutting edge, and moved to the more traditional elegance of the 43ft Standfast designed by Frans Maas, Alouette went to Cork and the ownership of Hugh Coveney, who'd a great time sailing her with Harry Cudmore, before they in turn moved on to the new Ron Holland One Tonner Golden Apple."
"Once on a delivery Harold Cudmore rolled her. In discussions with the owner afterwards, nobody believed that she could do a 360 in Irish inshore waters. Harold then showed them the dent in the deck caused by an anchor which came loose during the incident." 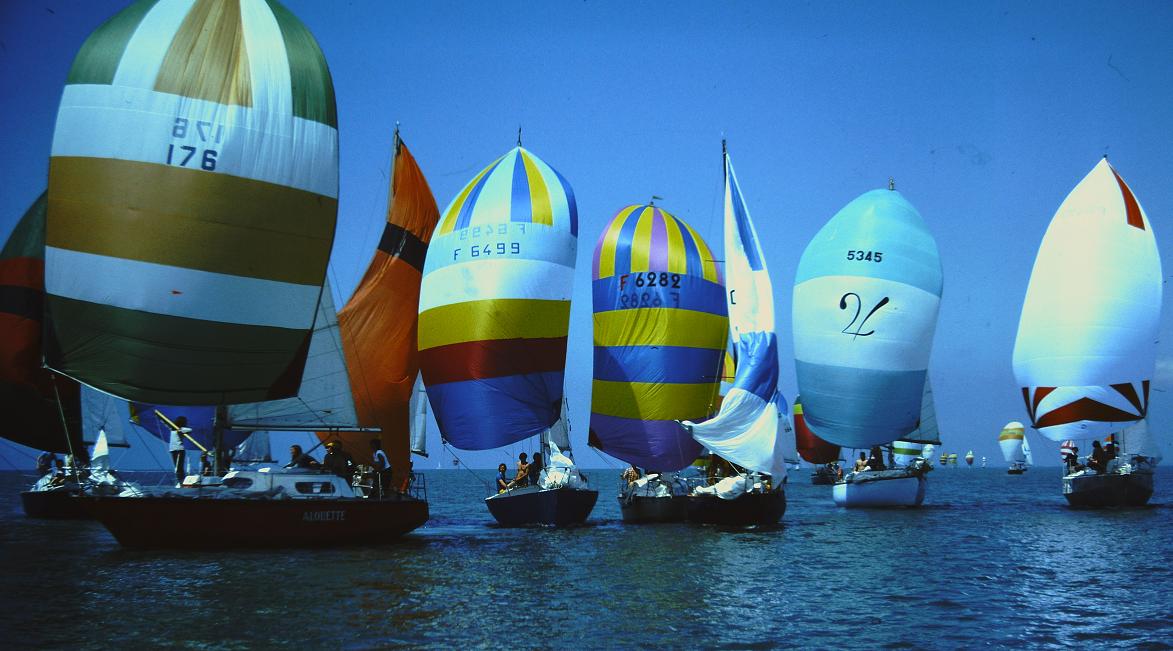 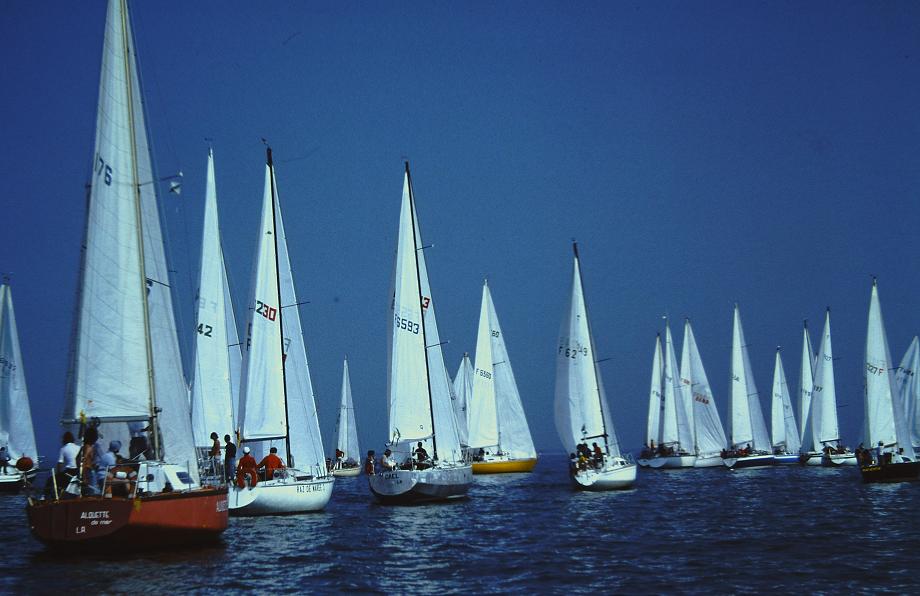