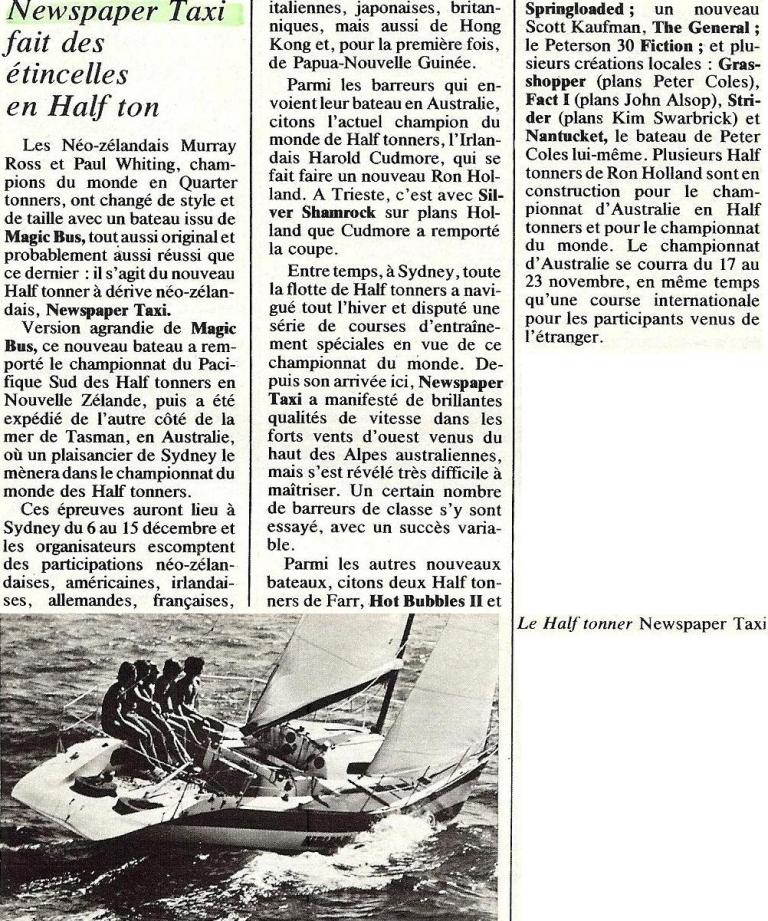 Picture from Facebook 2021 "Newspaper Taxi doing a self righting test . It passed." 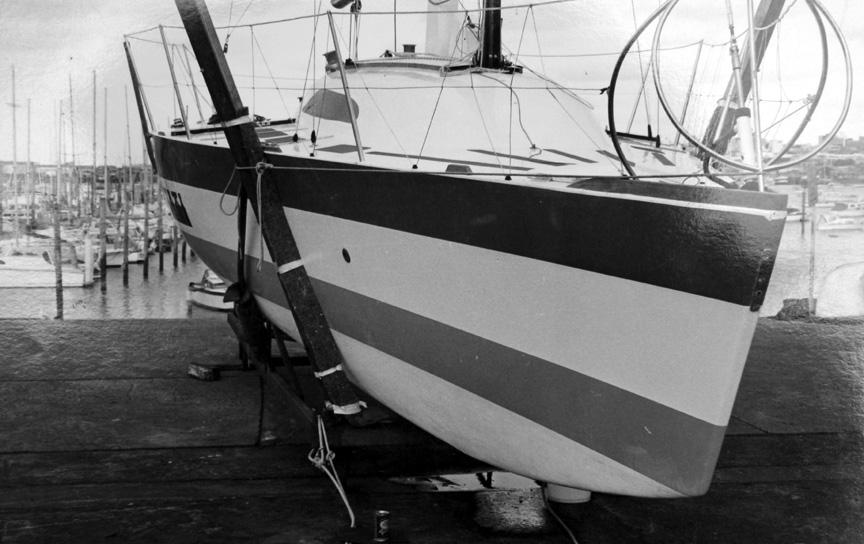 NEWSPAPER TAXI was on voyage from Launceston, Tasmania to Hobart, Tasmania in ballast and a crew of 5, when she was lost off Freycinet Peninsula. ref. used: Australian National Shipwrecks Database, http://www.environment.gov.au Jan Lettens 14/05/2008 WRECK DATA Name: NEWSPAPER TAXI From port: Launceston, Tasmania To port: Hobart, Tasmania Comments: Vessel competing in annual Three Peaks Race when lost rudder off the east coast and bagan to take in water. Vessel made for Winglass bay but sank about three miles from destination. Crew took to liferaft and were later rescued by tanker "Island Gas" which had been diverted to the scene.