1988 Pictured here 1988 in Penzance after being damaged in the harbour - note 2 holes in her and broken hull/deck joint. She is at this stage a centreboarder: 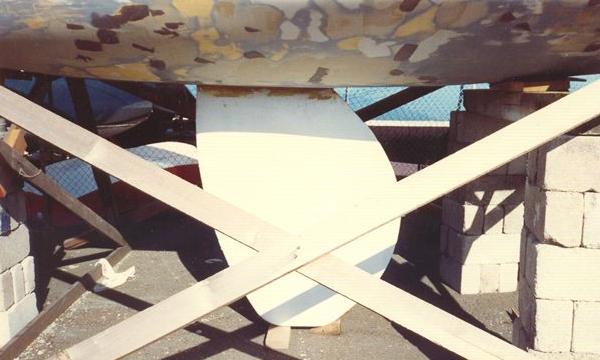 1991 Reportedly stolen from marina mooring in Plymouth. Presumed destroyed as an insurance wright off. 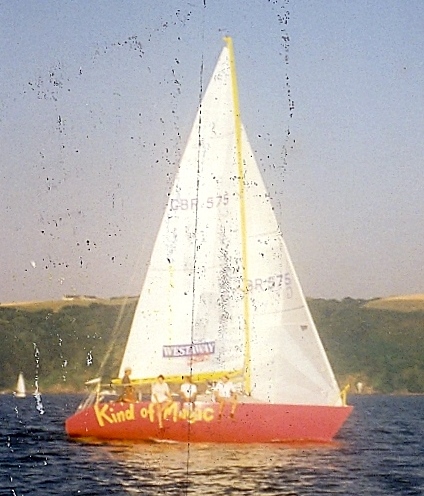 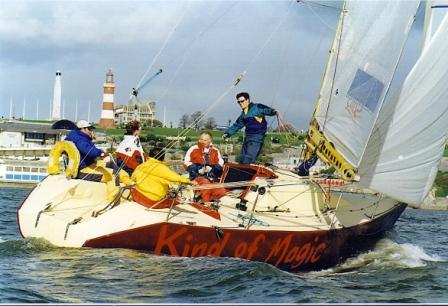 Competing in the RWYC Autumn Series 1998 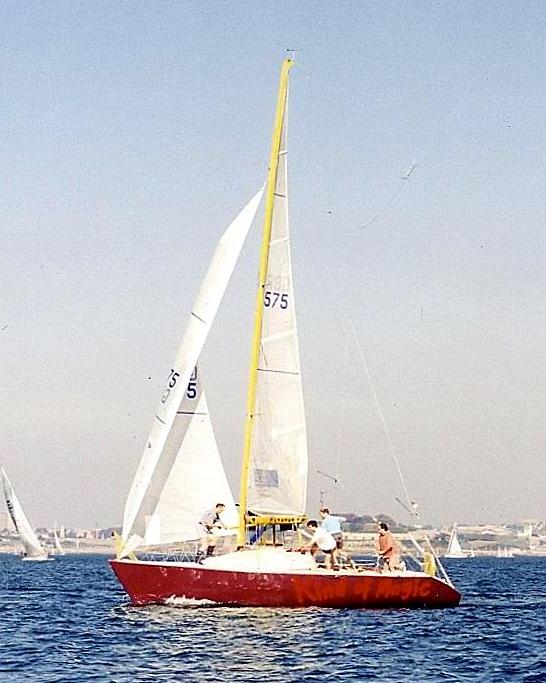 2011 February: all these informations (in black) and pictures come from James Richardson
October, received mail and pictures (in blue) from Tim LAWS: "J'etais un equipier sur K575 quand j'etais sur Plymouth pour mes etudes (96-99), The boat was not reported stolen until the summer of 1999.  The boat was owned by Mike & Geoff Wright during the late '90s.  During this time she was successful in many local regattas in Devon.  The boat was rigged with the spare mast from Ace and a One Tonner boom cut down to fit the boat."