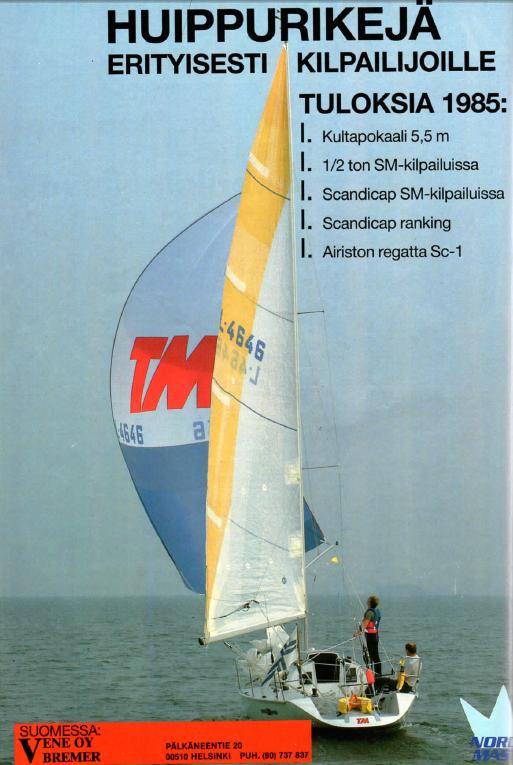 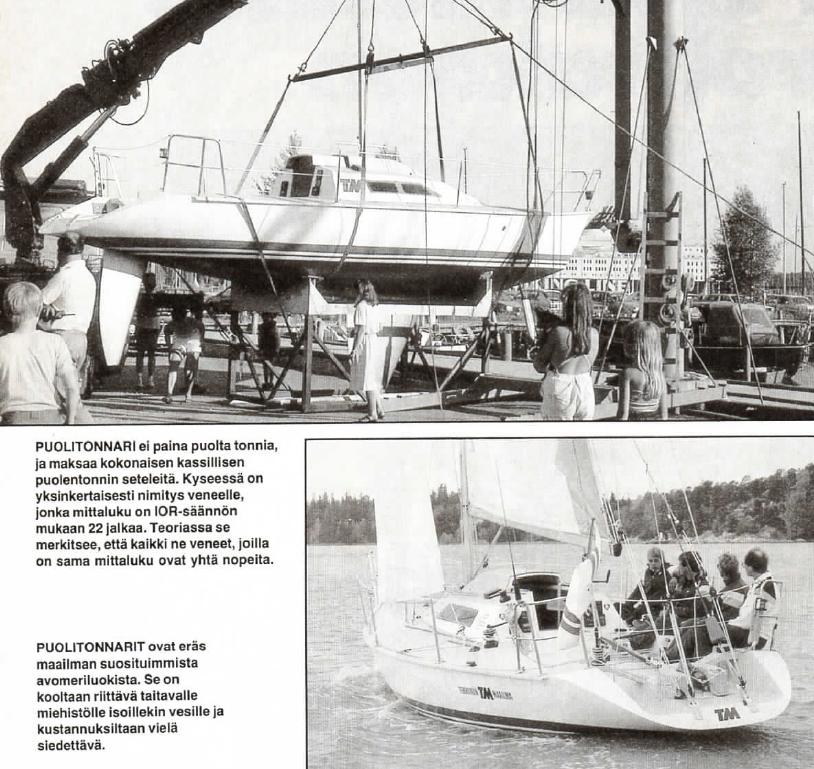 Silja, L 4646
1990 National half-tonner championships: 1er/??. ??
"s/y Silja won the 1990 national half-tonner championships. followed by Flyer(aka A+) and Rakel. The race was won by 3 seconds in the last race. In the last race the wind was blowing 16m/s and s/y Silja raised her spinnaker 200m before the finnish line and went past Rakel (aka Miss Whiplash). The heavy spinnaker was hoisted only half way up when the bow dived and we were very lucky not to break the mast."
Gotland Runt: 2e/??
"Silja also finished second at the 1990 Gotland Runt after a Danish quarter-tonner. In this race Silja was capsized at the southern point of Gotland and lost her main sail and genoa. it took 6 hours to fix the main sail. After the main sail was fixed and hoisted again Silja made her top speed of 20,5 knots on a long surf." 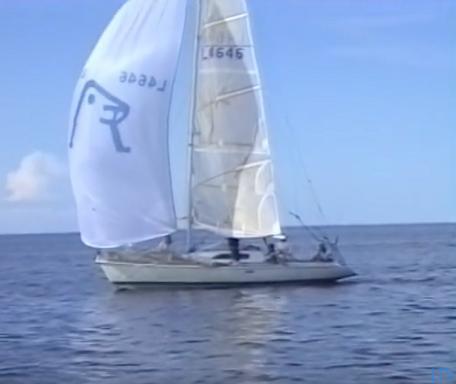 2016 April, from Tero Lövgren: "Kevlar hull Still 900 half tonner L-4646 is now owned by Tero & Karl Lövgren and Esa Martin. I´ve been sailing with this yacht between 1989-1991. I'm very happy to own and sail this yacht again. Also happy to teach my son(Karl) how to sail these extreme yachts. We havent figured a new name for the yacht yet. When we do, we will let you know. Attached a pic of the yacht." (and 1990 blue coments and information) 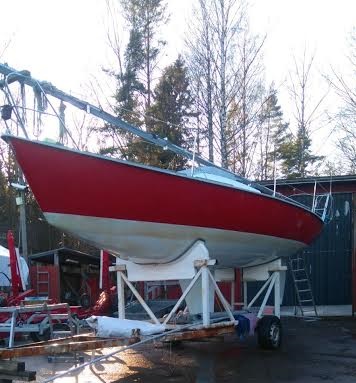 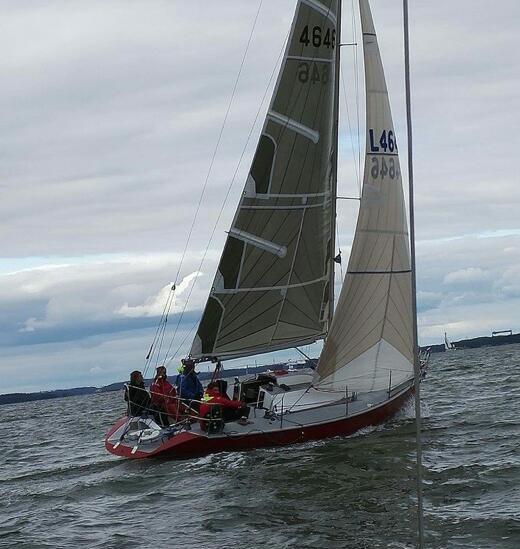 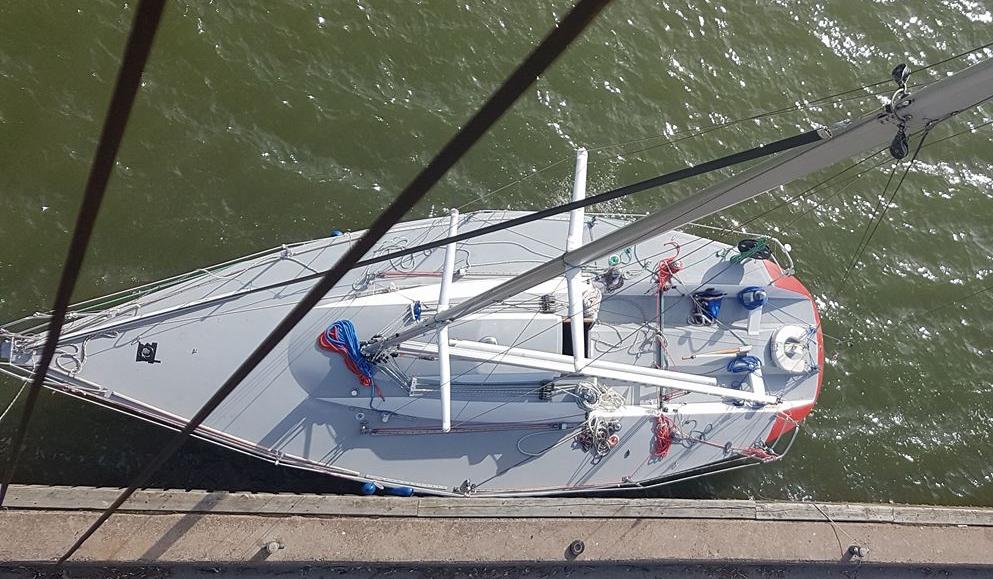