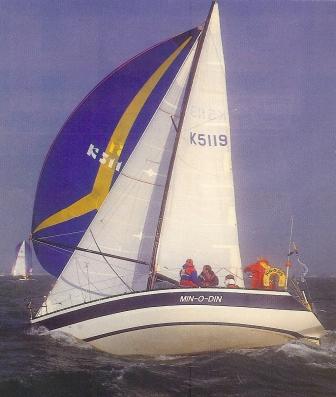 2006 Décembre, mail from his new owner, Mel JONES:
"Min o Din has the typical Thomas hard chines, but has a really big open cockpit, much like a more modern boat. The previous owner, John Humphries, did many great things with her on this side of the channel, winning quite a lot of local inshore and offshore races. In fact, I understand that she won her class in the Fastnet race (not sure which year) - skippered by John's son, Matt - Matt Humphries was the skipper of Brunel in the 2005/2006 Volvo race. John's ownership of Min o Din wasn't without problems - I understand that he dropped the rig over the side a few times (the last new mast was in 1999) and in the Round the Island race (Isle of Wight) she was hit in the stern by a Thames barge - damage to the stern and lost the rig!
Back to the present day- I've spent a lot of time and money bringing Min o Din back up to racing condition, and we moor her on the river Hamble.  We've only had one full season of racing (inshore) but next year I'm hoping to do a lot more offshore sailing in her, and perhaps some double handed racing too." 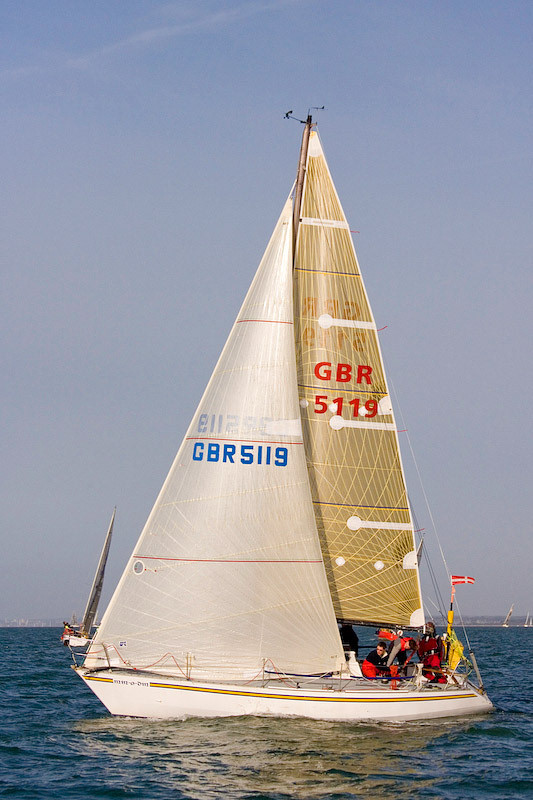