Extracts and pictures from "27 years of Half Ton designs", Posted on November 11, 2019 by Julian Everitt
"THE EVOLUTION OF OUR HALF TON DESIGNS FROM 1966 to 1993." : "And then in 1971 came Strawberry Fields. A very different beast altogether from which three further designs were derived in quick succession. Strawberry Fields was the epitome of a racing machine. Completely empty from the mast forward, she had tubular alloy pipe cots set as far aft as possible, a minimal galley, a bucket for a toilet and no floorboards. To get down below you dropped through a hatch in the bridgedeck. There was no companionway hatch or steps or even fore hatch. All too heavy. Storage below was exclusively courtesy of store bought plastic bins!"
"I poured over the, still new, IOR rule book for hours developing her lines and came up with, what I believed at the time, was a unique double hull form aft of the keel extending aft almost to the transom. It was designed to have the same effect as the bustle developed by Sparkman  &Stephens, but instead of being faired in with distorted buttock lines it was more canoe shape grafted onto the bottom of a shallow main hull. It’s main purpose, however, was to get displacement aft and to trick the measurement rules into thinking the boat had a shorter sailing length than it actually did. The effective ‘measured’ length equated to a waterline of 23ft, but in reality the hull extended nearly two feet further aft. This together with a very wide full stern gave the design a very long sailing length albeit married to a short overall length. The bow is ultra fine with max beam well aft. In order to extract the most out of the measurement points we adopted a chine amidships combined with an almost bizarrely narrow waterline. After the plug was constructed, rule changes made to IOR cost us dearly in regard to the chine and the ultra narrow waterline, so when she was launched in early ‘72, we had to slice a fair amount of sail area out of the genoas. She did prove to be an excellent heavy air boat, but certainly lacked upwind and downwind area for light airs." 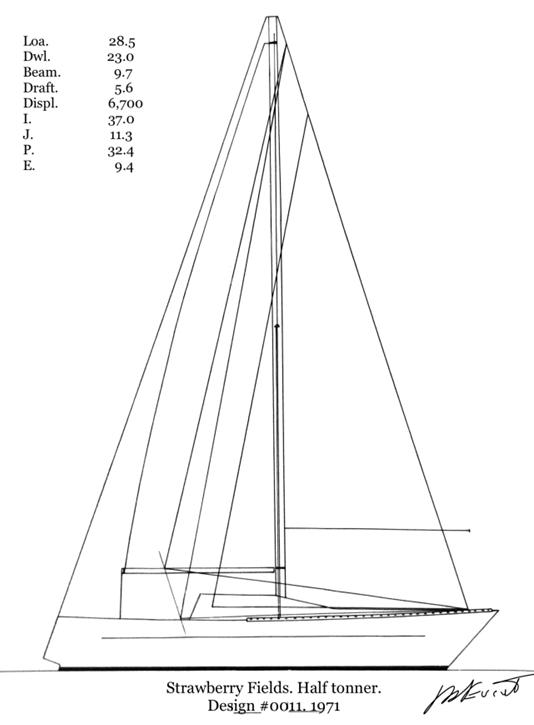 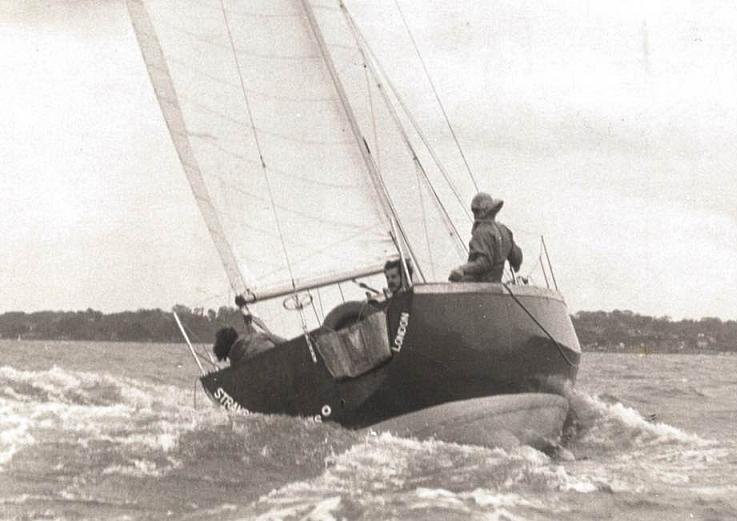 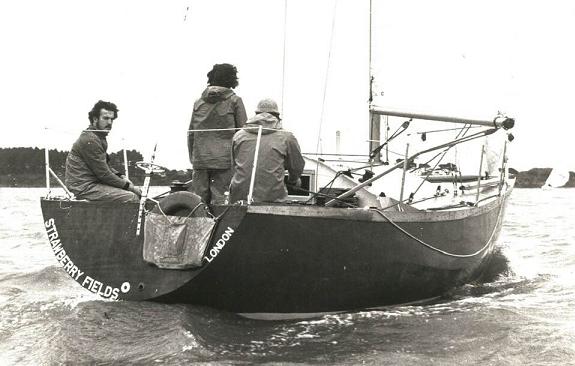 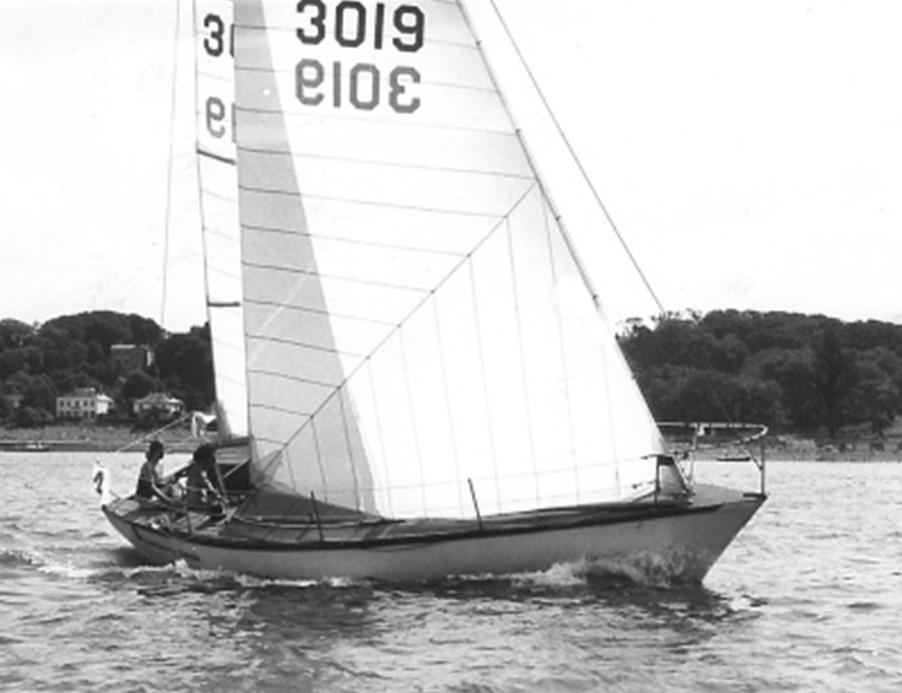 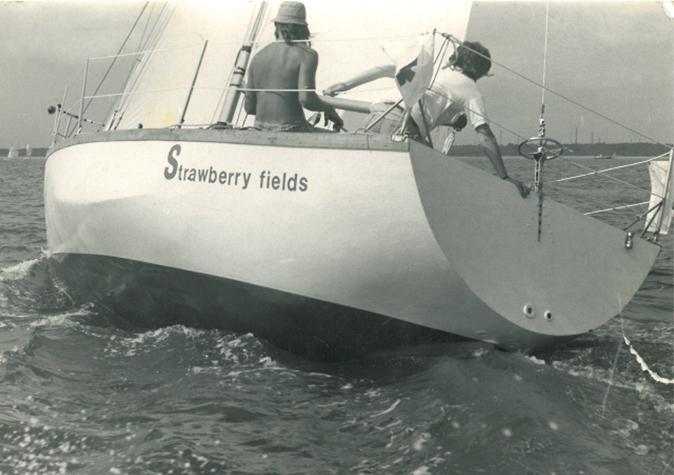 2019 May, Pictures and comments from Everitt Facebook, "Strawberry Fields, our Half Ton Design from 1972, has a new owner and he has just sent me these pictures. The original Hood Sails of Lymington from 1972! 47 years young!"

"photographed a couple of weeks ago by her new owner in, appropriately enough, Liverpool." 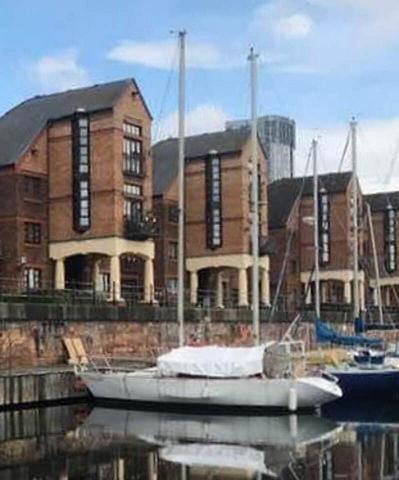 August, located in Liverpool, Pictures and comments from Everitt Facebook, 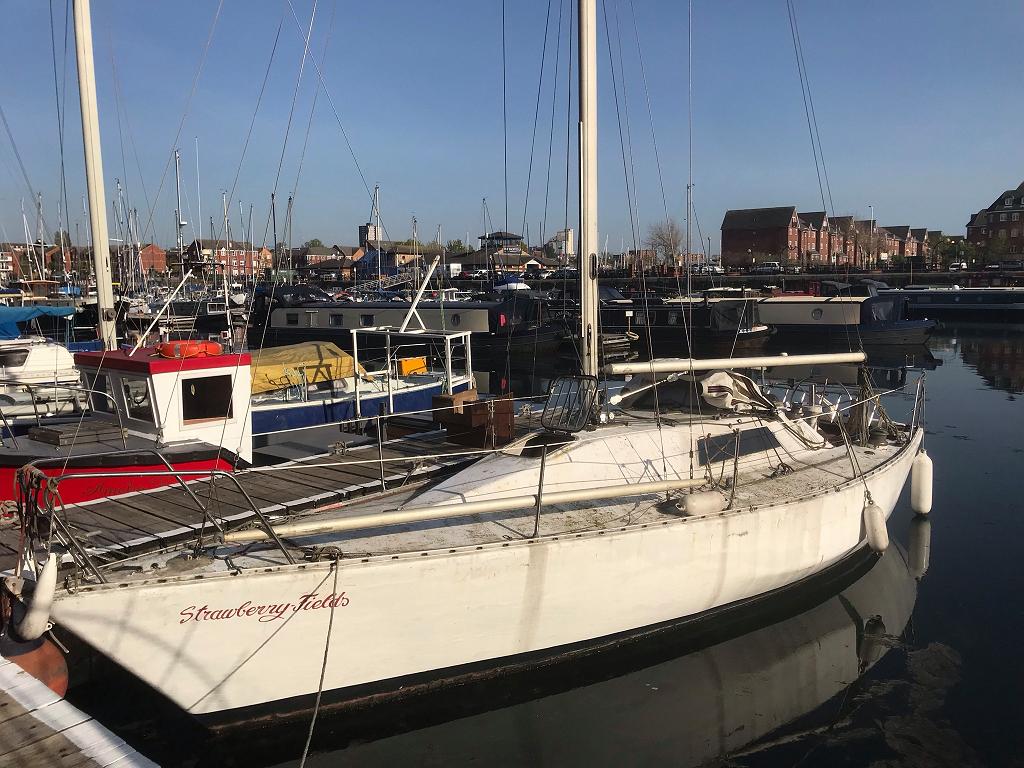 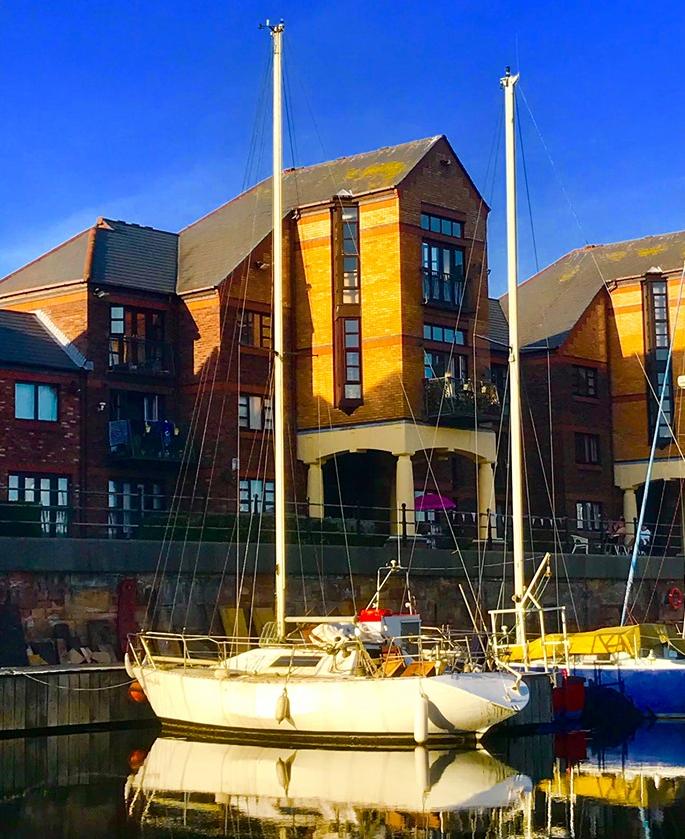 Julian Everitt:  "really pleased she is still afloat. I stripped her down to the bare hull leaving only the cockpit in place. I will post some pictures of the new deck and coach roof that seems to still be intact. The sugar scoop was added by the next owner but have no idea if it worked as it never went back in the water under his ownership. One bit of info the keel was on the wonk by about 3% but never seemed to make to much difference. She originally had a small Honda engine that drove a hydraulic motor to the prop. But as it drowned we binned it and put a small petrol engine in , but it was worse than useless so we sailed everywhere never using it Will dig out the rebuild photos and post"
"That new stern still looks horrid. It was far to high out of the water to be of any use"
Julian Everitt: "Agreed. Hopefully I can get the new owner to restore it to something more like the original!"