From SA forum 2019: "in the late 90's a friend of mine bought a Farr 1/2 ton in SoCal and did a really nice resto on it.  Used to be called Gizmo, he re-named her Diva. When he was doing the bottom work, he asked me if he should remove the vestigial skeg and the IOR bumps. I said hell no.  Keep her in all her IOR glory! Double spreader in line rig with runners.  Diesel over the keel.  All Elliot Pattison sail wardrobe.  In breeze she was unbeatable.  There was another 1/2 ton called Off. This one was completely faired, no bumps, IIRC no skeg, and updated rudder.  No diesel, O/B on bracket.  We used to take great delight in saying we beat Off! Upwind in breeze, with a fully stacked rail, that boat pointed like a setter.  Downwind it drove like a dump truck.  But, it was a total weapon and we picked up a lot of pickle dishes for the owner.  He was and still is, also a very talented grower of the loco or Chernobyl as we called it.  Some of the most pungent safety meetings were held after racing!  After he sold, she was last seen rotting away in front of Cabrillo Yacht Club.  Shame really." 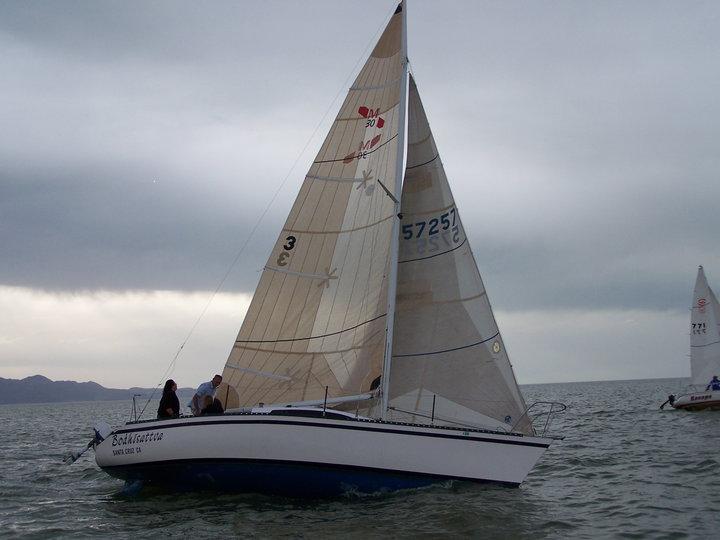 Comment from Facebook 2020, "I also sailed on one in Southern California named “OFF” in the late 90’s. It went to Idaho I think. Had a little bit taller rig than the half ton model. Looking at your sail number your boat was originally from Southern California." 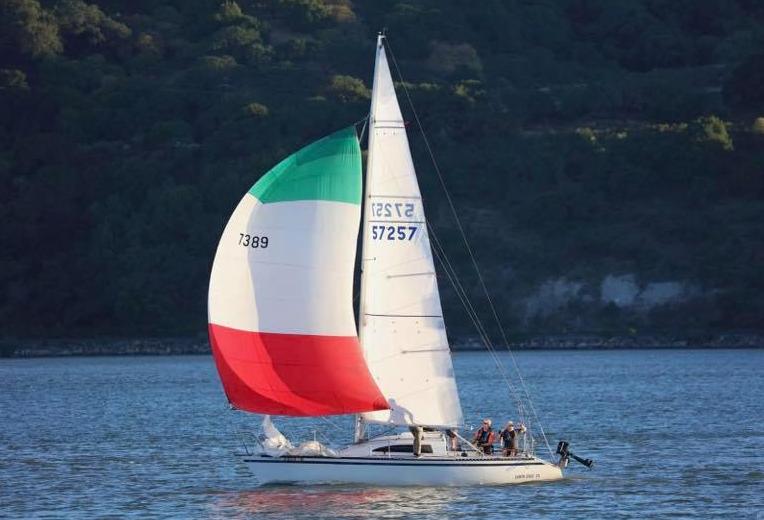