1977 ... "Such challenges included the need to place her 12hp engine not just for'ard of the mast, but actually in the bow. This provided sufficient bow down trim to gain a critical rating benefit, but as can be imagined it made the boat particularly cranky downwind. Howzat on launching day Westhaven Auckland (photo Allen Walbridge Collection)

Howzat was raced extensively in Auckland regattas and some of the offshore classics, including the Auckland to Gisborne race.
South Pacific Half Ton Cup: 5 - 3 - 11 - 3 - 6 = 5e/14, Allen WALBRIDGE
NZ HTC trials: ?e/?
Howzat during the 1977-78 season (photo Allen Walbridge Collection) 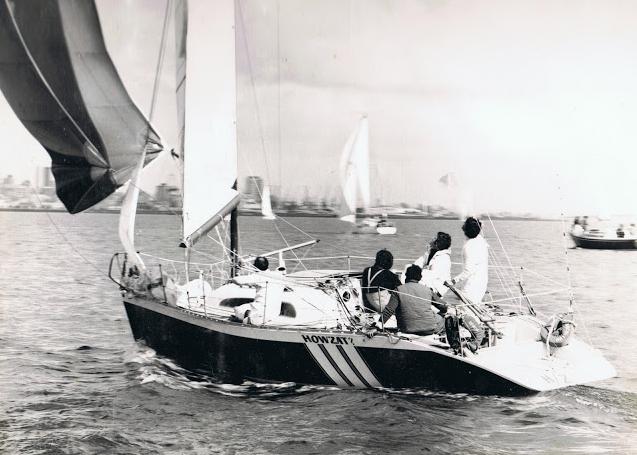 ???? Howzat has been part of the racing scene in Tauranga before being recently transported back to Auckland

2014 July, the 1976 Whiting Half Tonner Howzat was launched today at Pier 21 in Westhaven, after a long and thorough restoration by owner Allen Walbridge. She sports a gleaming hull finish that reinstates her original red topsides and white stripes. The original long sloping transom has been straightened up a little, providing more cockpit space, and a new bulb keel and deeper rudder have been fitted. The new rig is taller than her original, and the boom is longer. 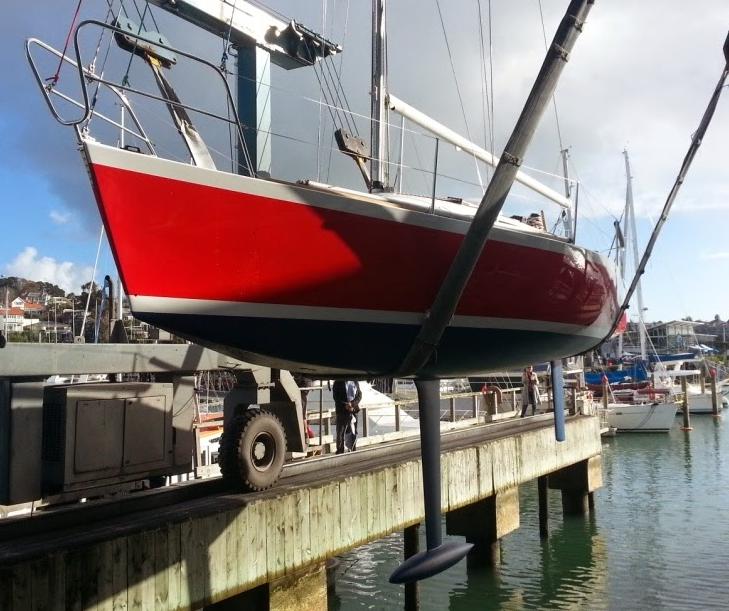 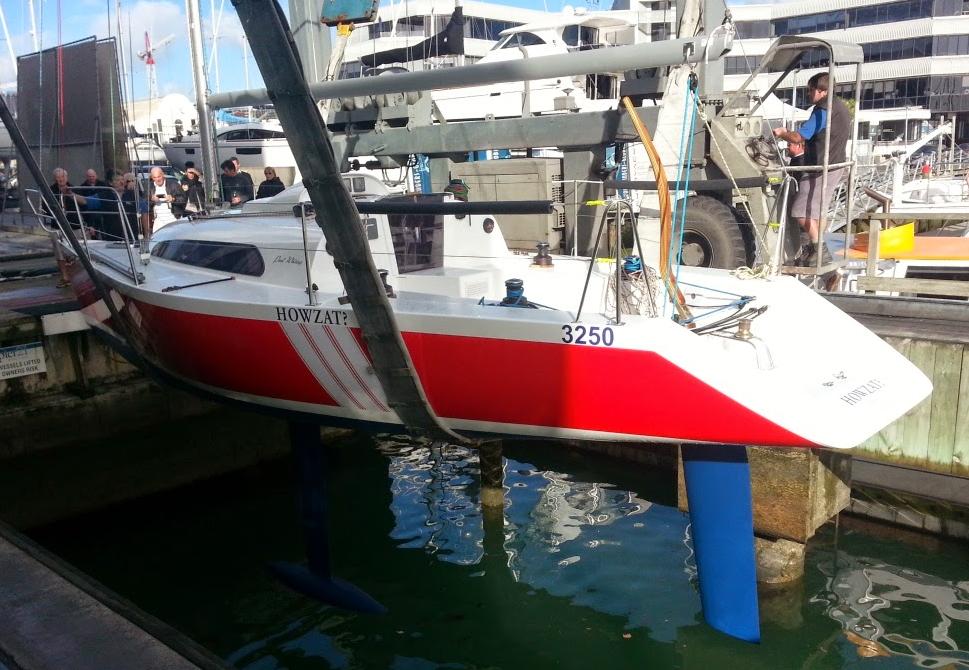 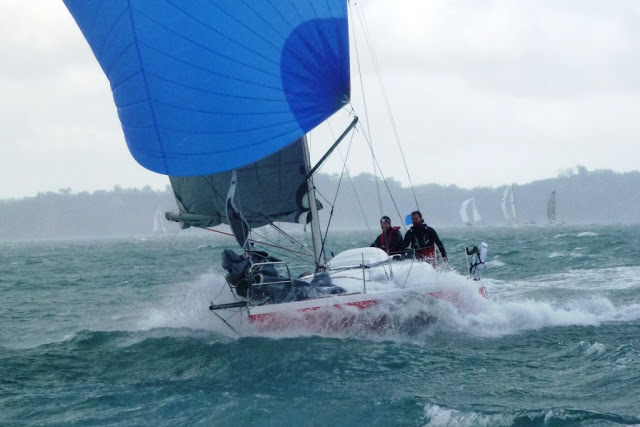 All informations and pictures are coming from "RB Sailing blog"