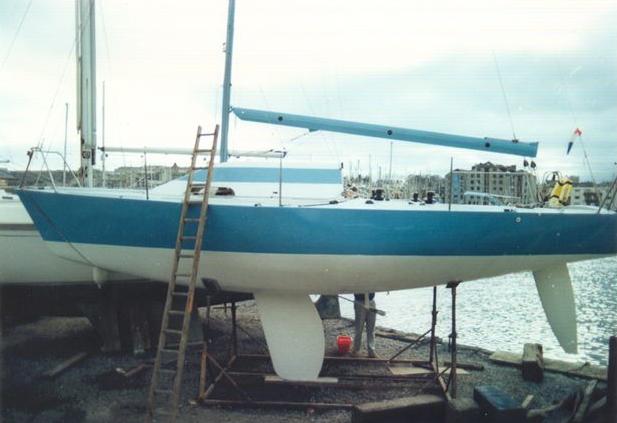 Miss Piggy in Plymouth 1989, Queen anne's battery outside the RWYC. 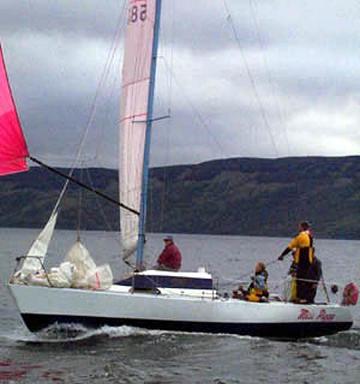 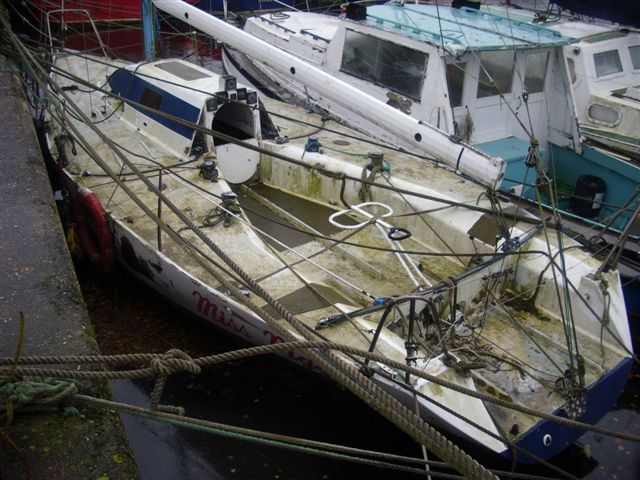 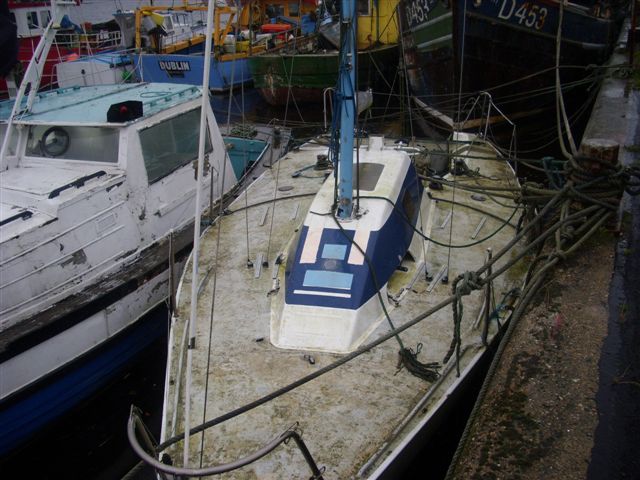 2015 September, Vincent: "She is currently in Arklow, Co. Wicklow. Apparently she sank some time ago so her engine and electrics would be in disasterous condition. I believe she was recently lifted out and parked sitting on her keel leaning against a shed When last seen she had been rubbing against the quay wall and the laminate core exposed."
Novembre, Thibaut: "J'ai eu des news de Miss Piggy, le bateau part à la casse bientôt. Plus rien n'est récupérable dessus. Il est toujours à Arklow mais hors de l'eau. La coque est explosée sur les cotés."

2016 October, Vincent: "having ribbed against the quay wall until the balsa core was exposed this lovely half tonner sank. She was lifted off the floor of the harbour in Arklow and dupmed against a shipping container. I guess you could take her away for free- nobody wants her." 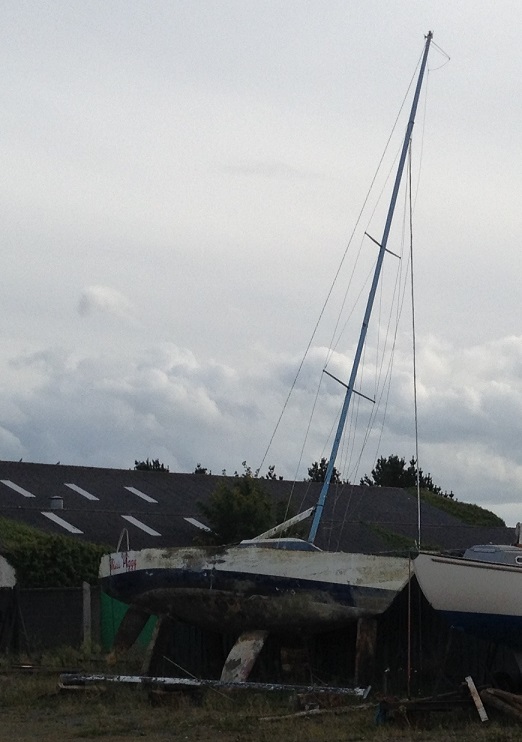 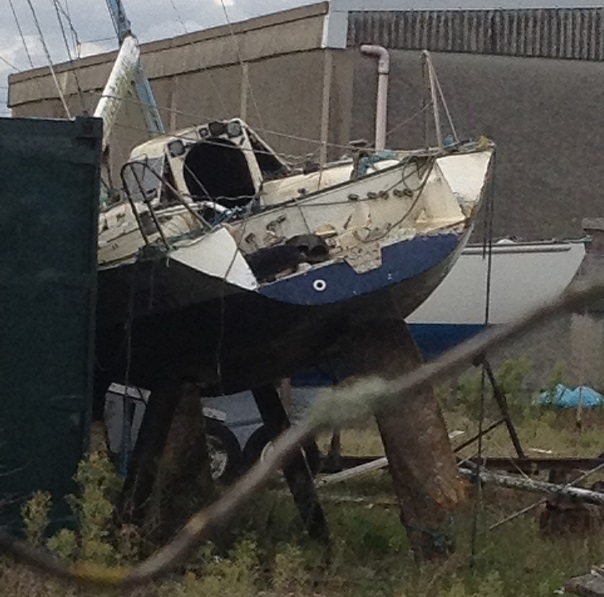 2020 March, from Facebook Group "Sitting there rotting in a boatyard", "For those wondering about Ms piggy, I was down that way in 2015/2016 and took a few pics. She was in a bad way. Sank in the harbour and was towed over to the yard underwater where she sat aground for a few weeks. Lifted out eventually and propped up against a container. Laminate is burst all over and there is massive damage to the timbers on the Starboard side where she rubbed against the harbour wall. the hull has soft spots all over."
Pictures received from David 2020, 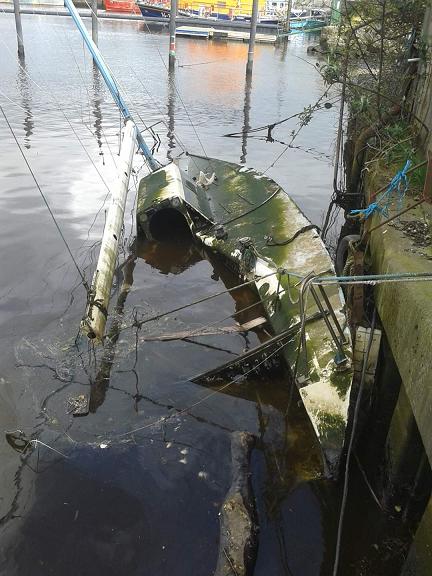 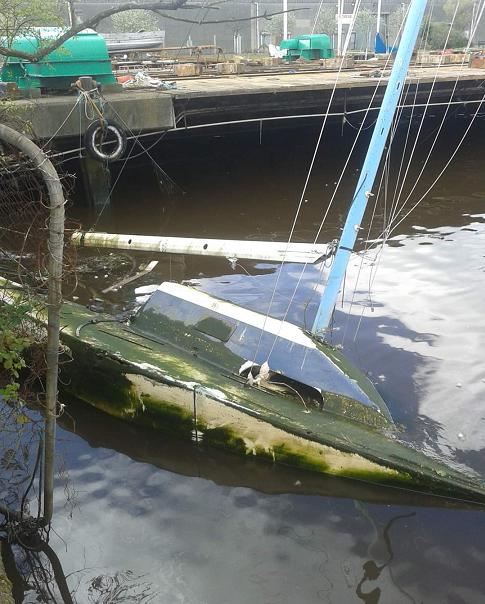 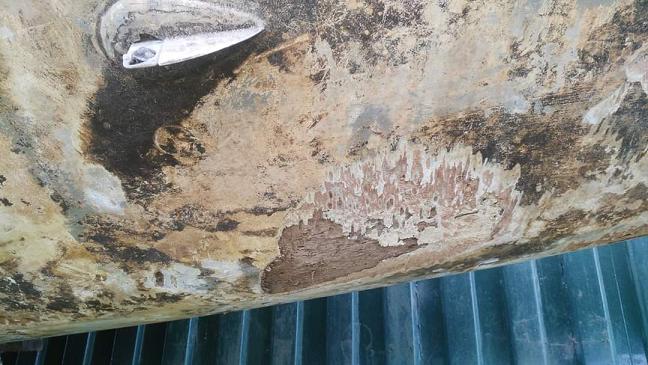 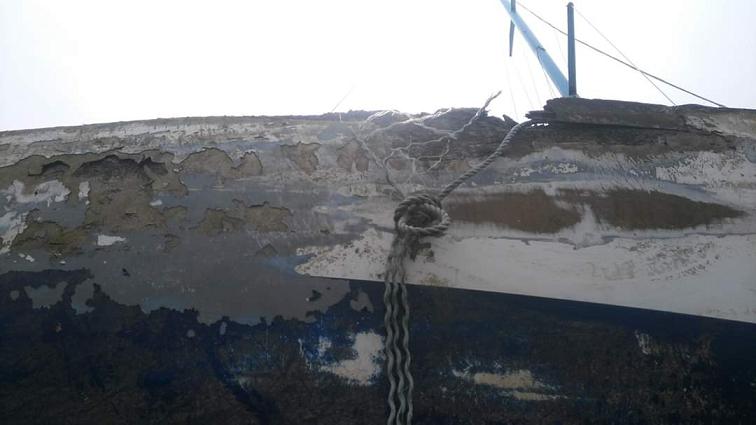 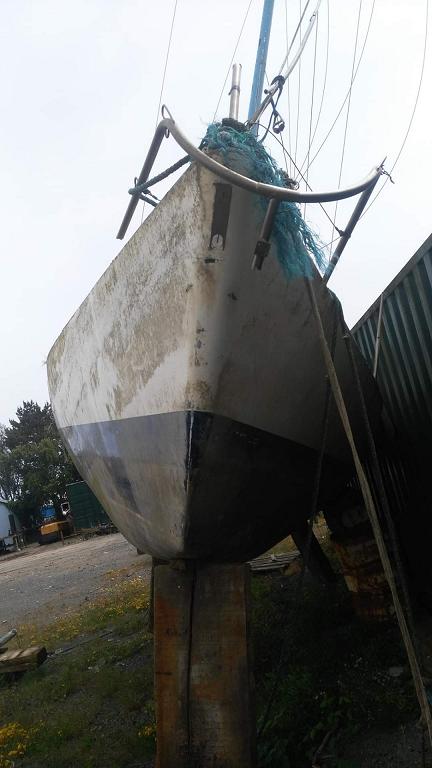 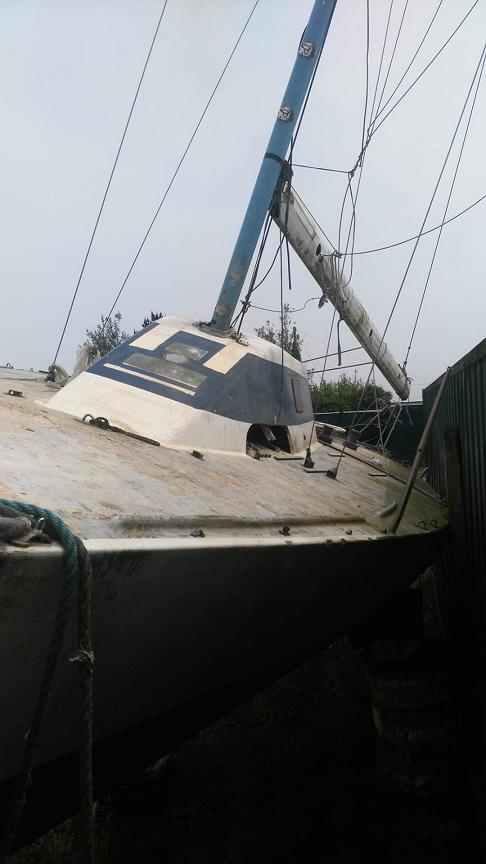 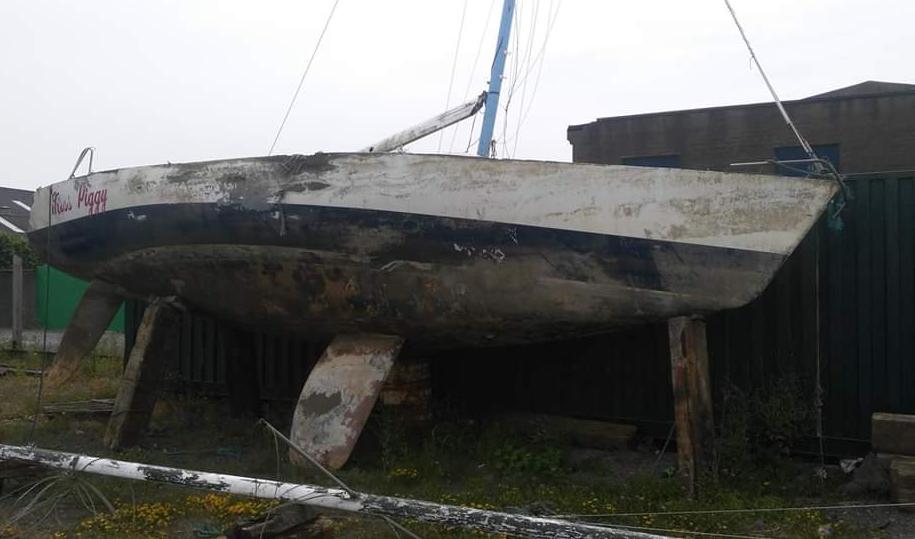 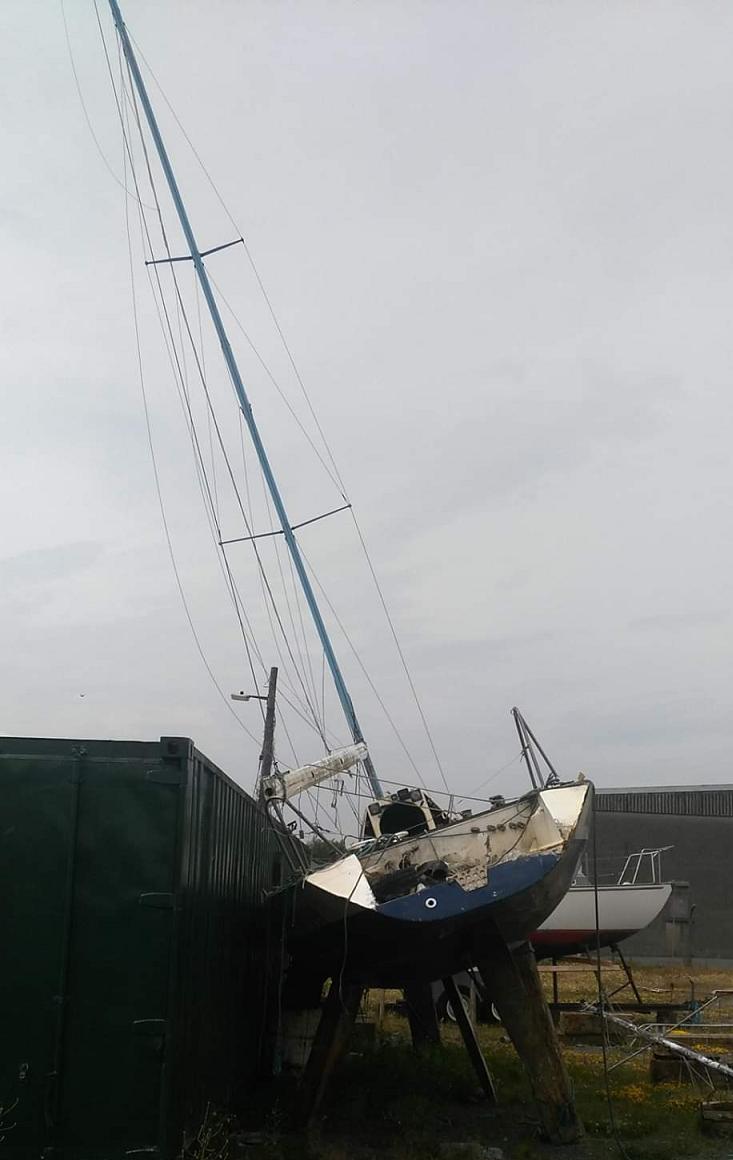