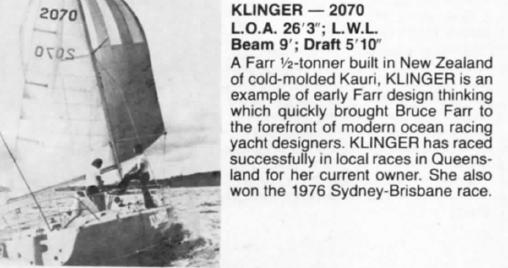 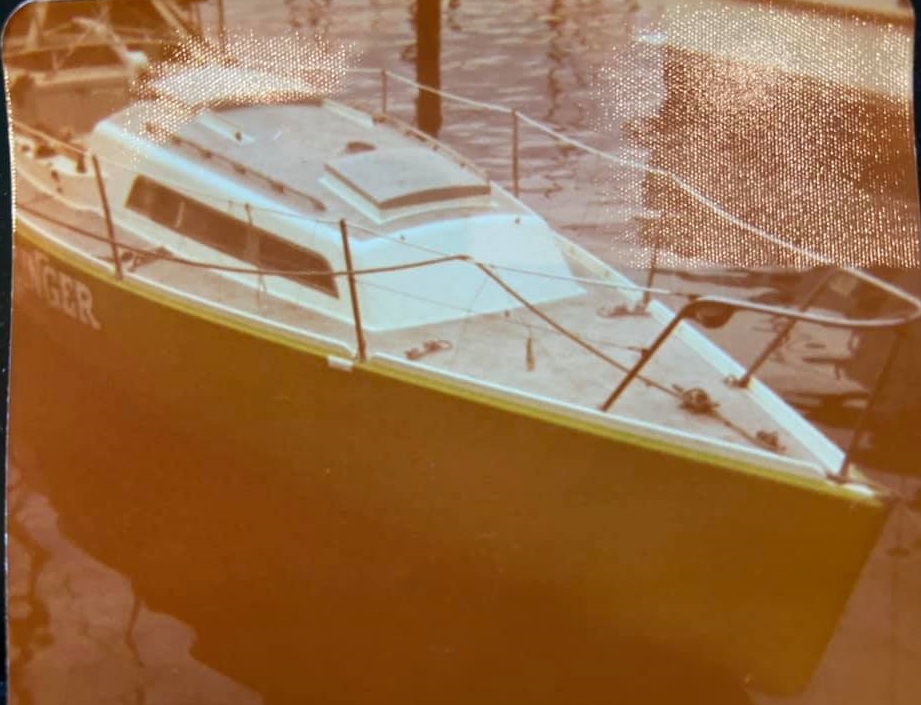 2021 September, comment and pictures from Facebook, "One of Bruce Farr's very earliest keelboat and IOR designs, the 27 ft half-tonner Klinger. I first saw this boat in the early 70's in Sydney not long after Mike Sharp had sailed her across from NZ and in those days, she was bright green. A giant-killer back in the day, I'm pretty sure she surfed her way to an overall win in a Brisbane to Gladstone race. Still sailing but now living a much more sedate life as a family cruiser in Blairgowrie VIC,"
"Smallest LOA in Hobart history ???"
"I believe so. Spiesy once raced a Triton 28 to Hobart and that was the second smallest ever." 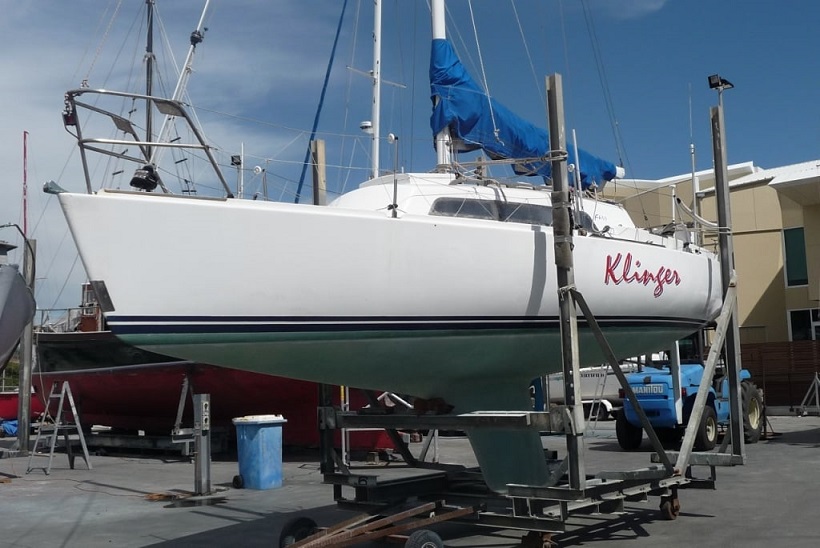 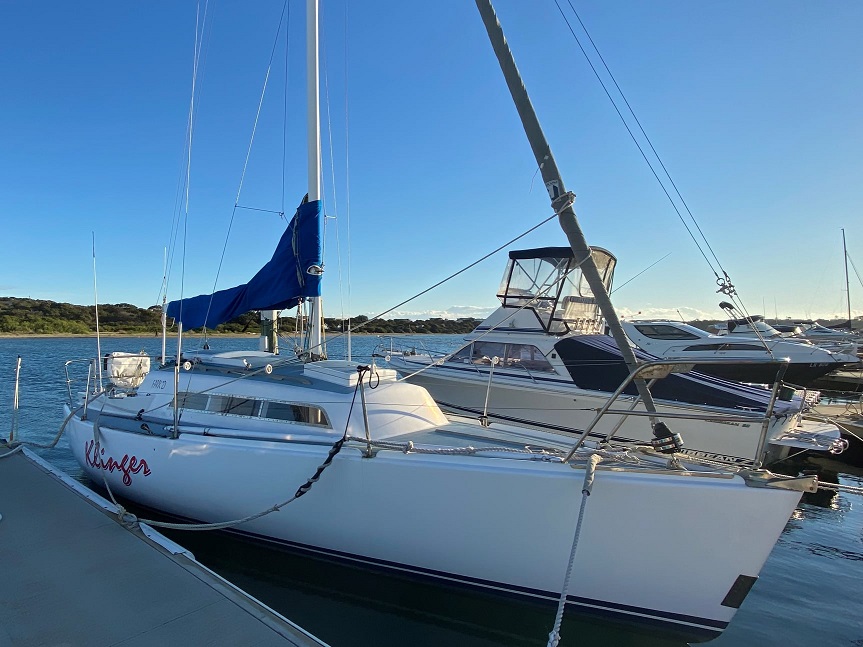 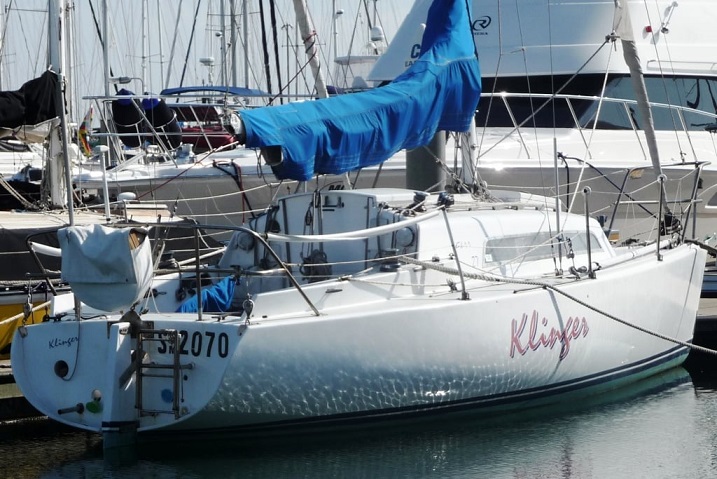