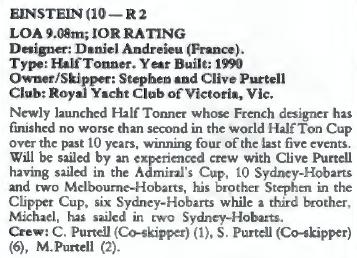 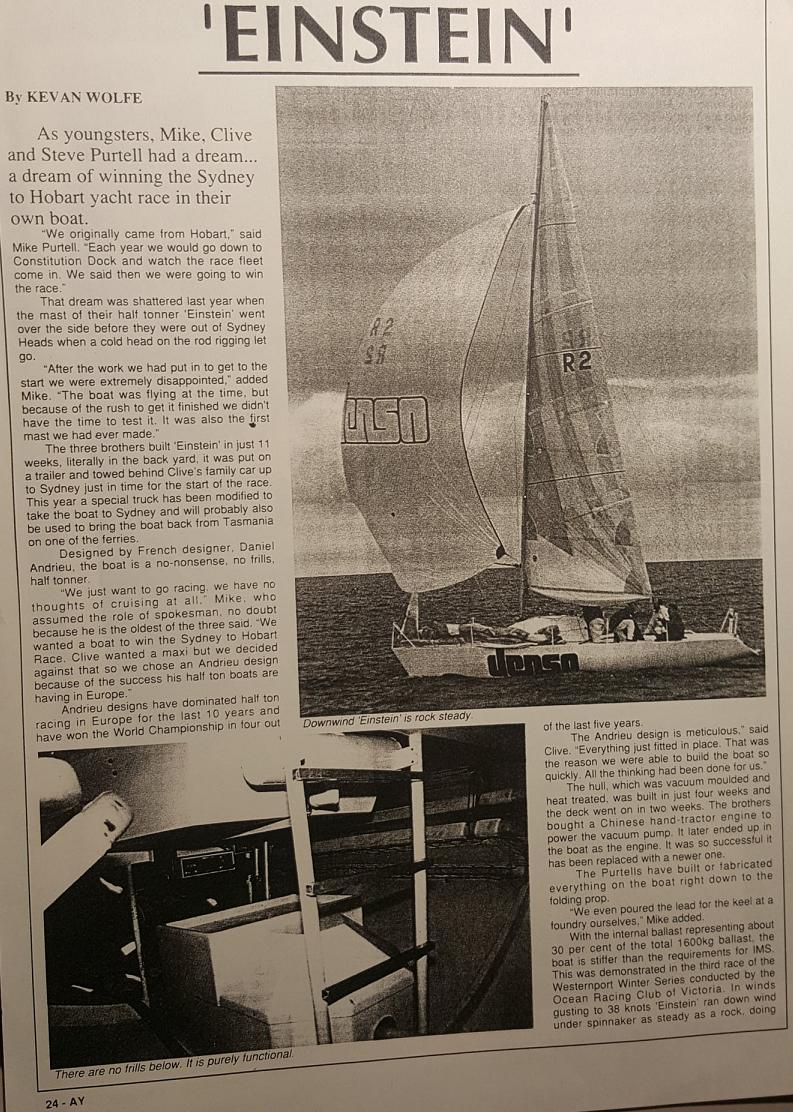 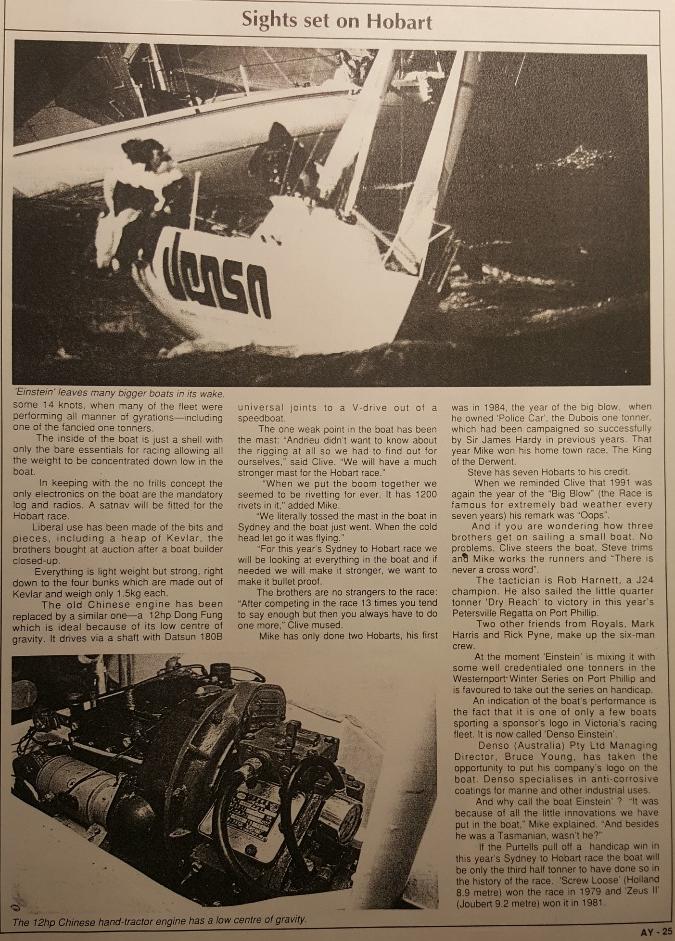 Comments and pictures from Facebook 2021, "One of the last IOR yachts ever built in Australia Denso Einstien was built by the Purtell Brothers in Stephan Clive and Michael in about 1990 Designed by Frenchman Daniel Andrieu. From 1990 to 1992 she won every race series she entered it was a Rocket Ship the last time I saw her was at the Marina at Bellerive Yacht Hobart Tasmania"
"We built her in 10 weeks she was in every Yacht Magazine Published in Australia between 1990 to 1992 because she was unbeatable." 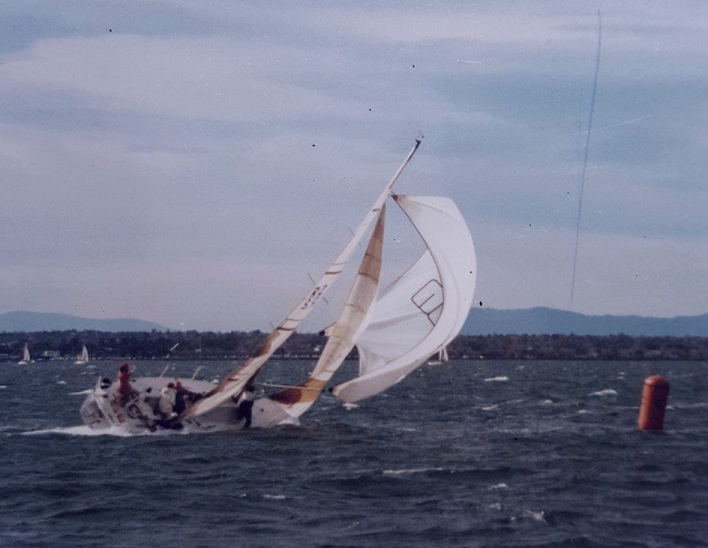 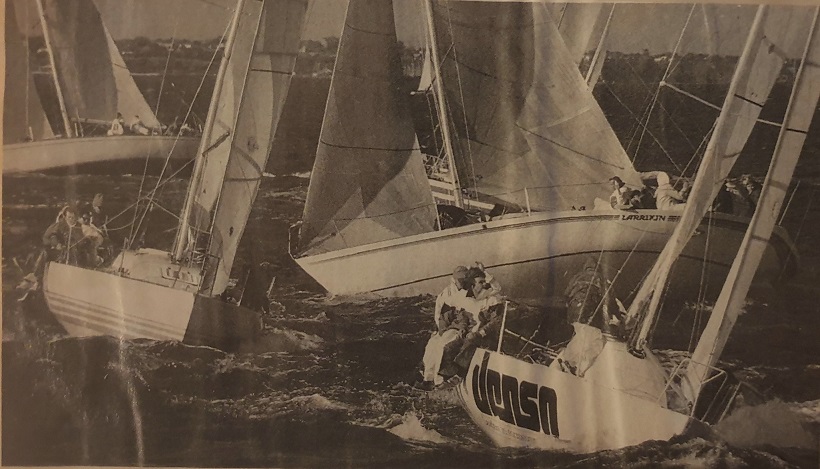 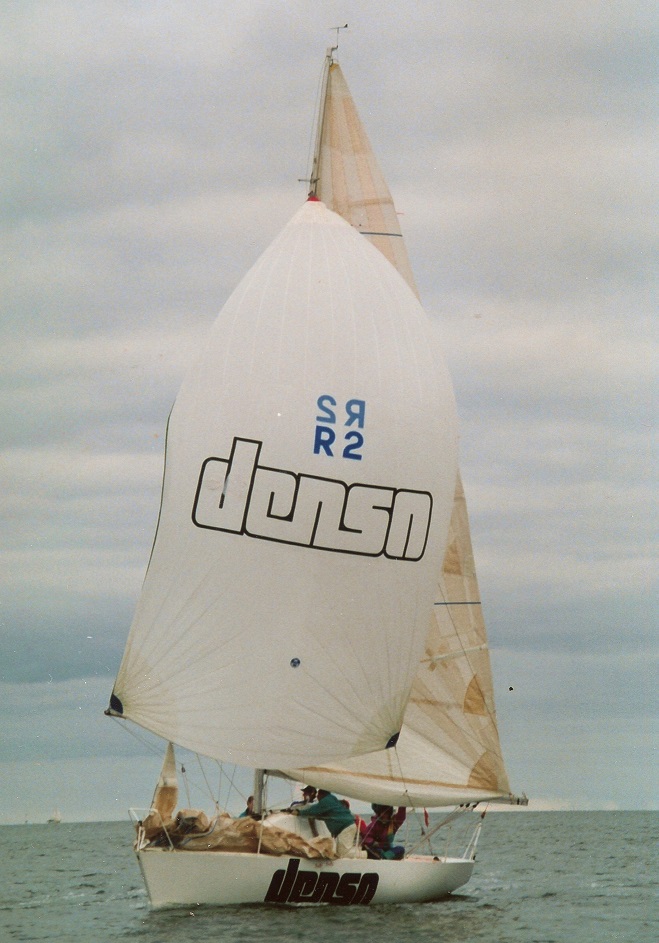