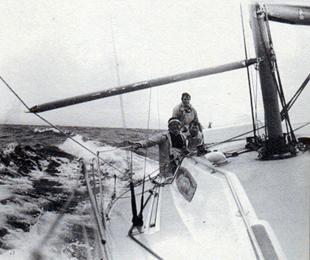 ‘Feanor’ has not been seen sailing in Irish waters since Jim Poole died in an accident after an ISORA race in 198?

Mid 1990 Lying behind the electric power station at the mouth of the Liffey river in Dublin known as the Pigeon House... 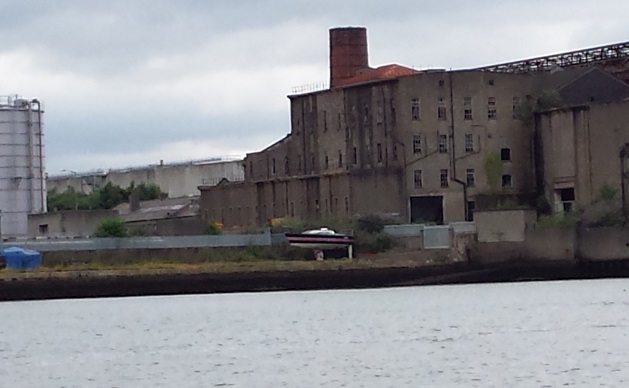 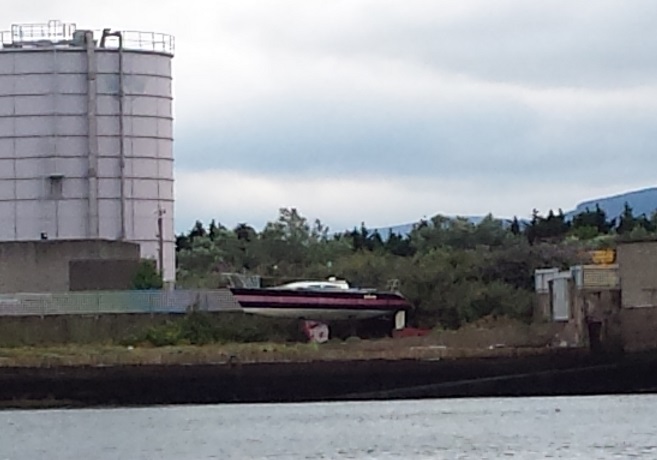 2015 October, mail from Cillian Macken with 2 pictures:  "She is and has been there since the mid 90s. I understand from talking to the member of Poolbeg yacht club where the boat was kept that the boat was used very little and left here however as it was stored within an industrial area the mast was run over and broken by a truck or fork lift"

2018 Juillet, reçu de Vincent: "Zoe- Location in Dublin, Ireland, adjoining Poolbeg power Station. photo by Rima Juchneviciute. She was very successful when she raced in Dublin Bay against sistership Feanor and Silver Mite. she was IRL 333 owned by James Sweeney of National Yacht Club in 1987." 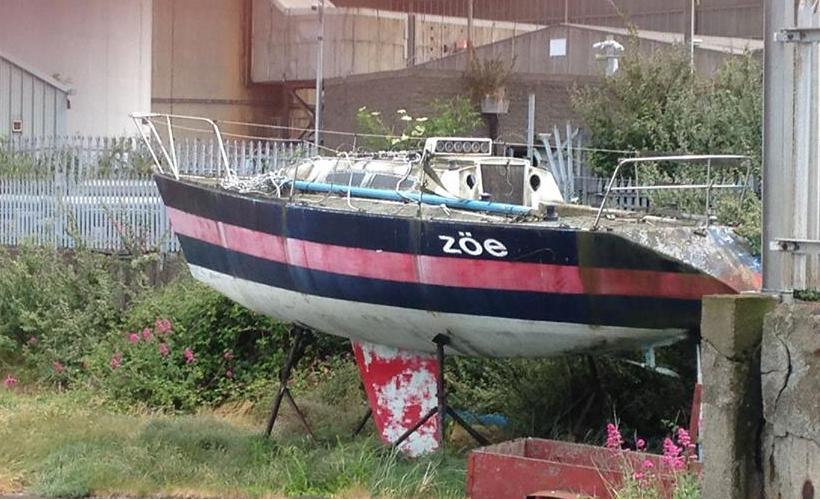 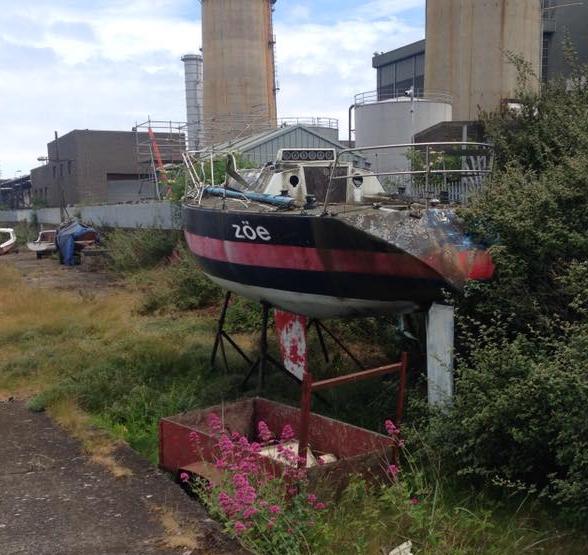