The history before 2002 of this halftonner is unclear. It is likely to be designed by an english designer and built in UK or Holland. But both Ron Holland and Peter Norlin is mentioned as designer. But most of Norlins boats are accounted for and I can,t find this one in the list. The old story also says that the boat was successful on the regattas in 1979 and 1980. (Half ton cup or RORC), maybe with the swedish Volvo director Pehr G Gyllenhammar as owner. The original colour is blue. Another likely history is that Amanda participated (under another name) in the Cup in Sandhamn 1980, Sweden and was then sold to a swede and has been in Sweden since 79...

A qualified guess is that it is a Ron Holland construction built in San Diego for a Swedish owner. It was built in 1979 for the season 1980. I've been in contact with the Swedish owner at that time and he has confirmed that this migh be his old boat Amanda. If this hypothesis is correct this boat Amanda won the swedish ocean race Round Gotland 1980, Skaw Race 1980 and did good results in Cowes 1980.

AMANDA, SWE 8331
2002 The boat was in bad shape and located in Västerås in Sweden and participated in local regattas. The hull was renovated and painted white.

This wonderful halftonner SWE 8331 is now called Amanda and is to be found in Herräng, Sweden. Amanda is built in wood and epoxy 1979. T


2007 Amanda was sold to Norrtälje in Sweden. The new owners renovated the deck and bought new sails.

2009 Sverker Härd: I bought Amanda and the first year the boat was in Uppsala.

2012 7th of April, receveid mail from Sverker Härd with all informations in blue and these pictures below: It is now in Herräng. The renovation continues by exchanging the electrical equipment, a new spinnacker and changing many details. 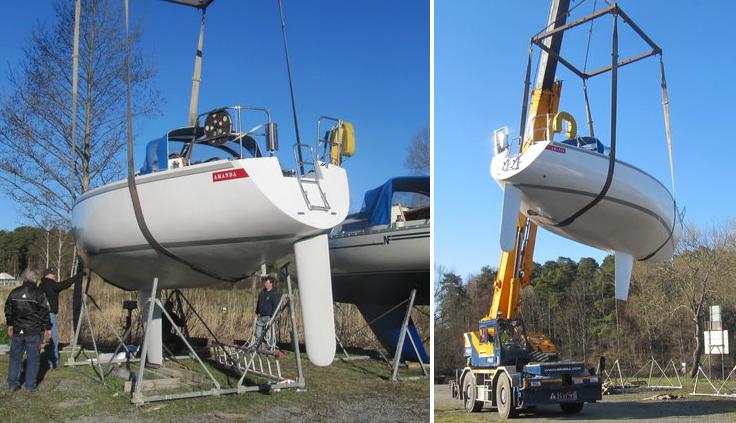 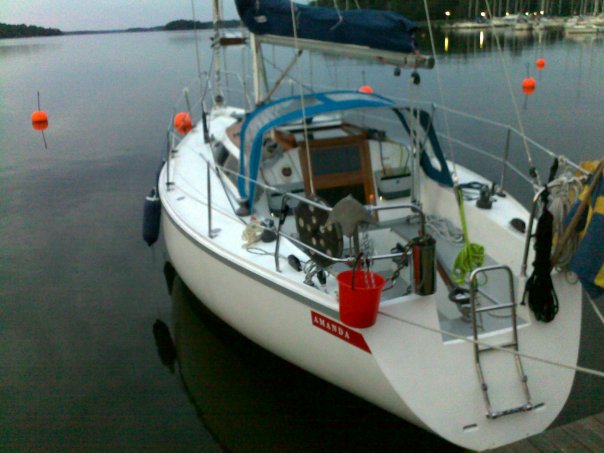 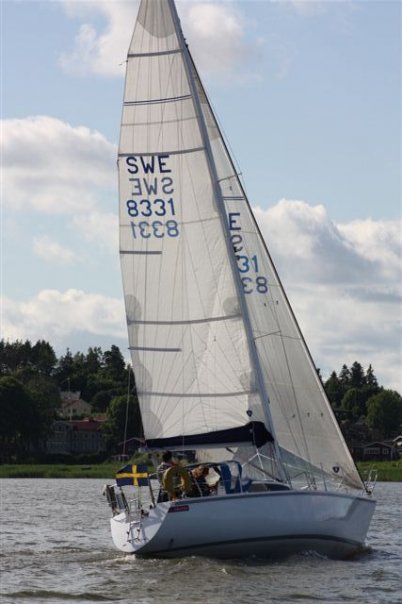