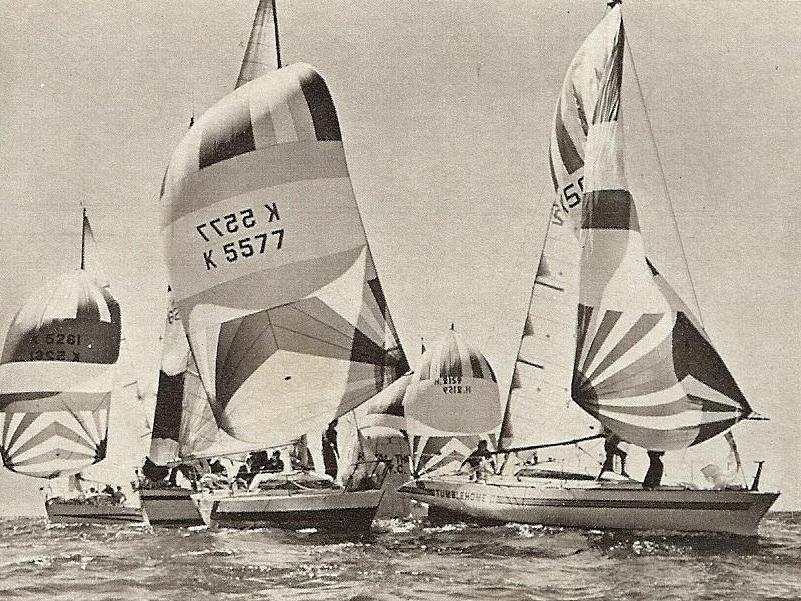 1985 Round the Britain and Ireland race: DNF/??, Jock SMITH
From Facebook 2020, Hugo Plokker "Thumblehome with (1st) owner Jock Smith and mate Doug Ellis (Hustler 32 Rainbow) in 1985 passing Selsey Bill. They run the Round the Britain and Ireland race but the mast broke. In Ireland they bought a second hand mast with which they sailed back to the River Orwell.
We meet them when we sailed our newly purchased Hustler 32 home from Helford River to Hellevoetsluis Holland". 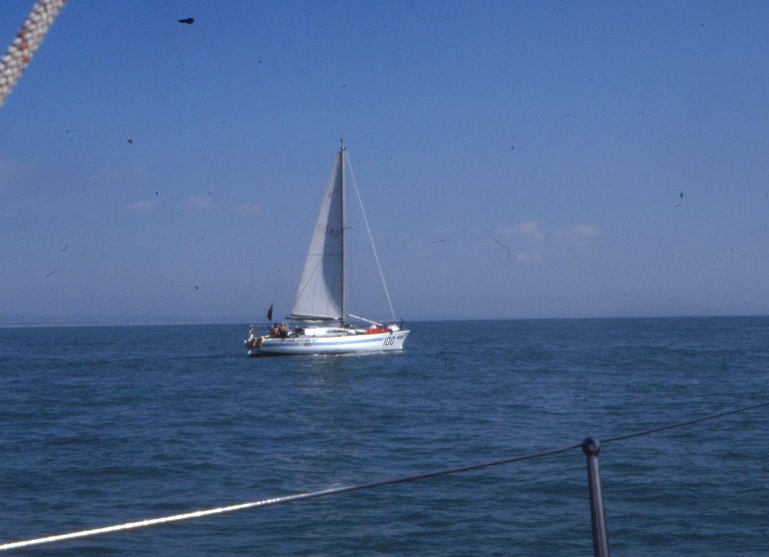 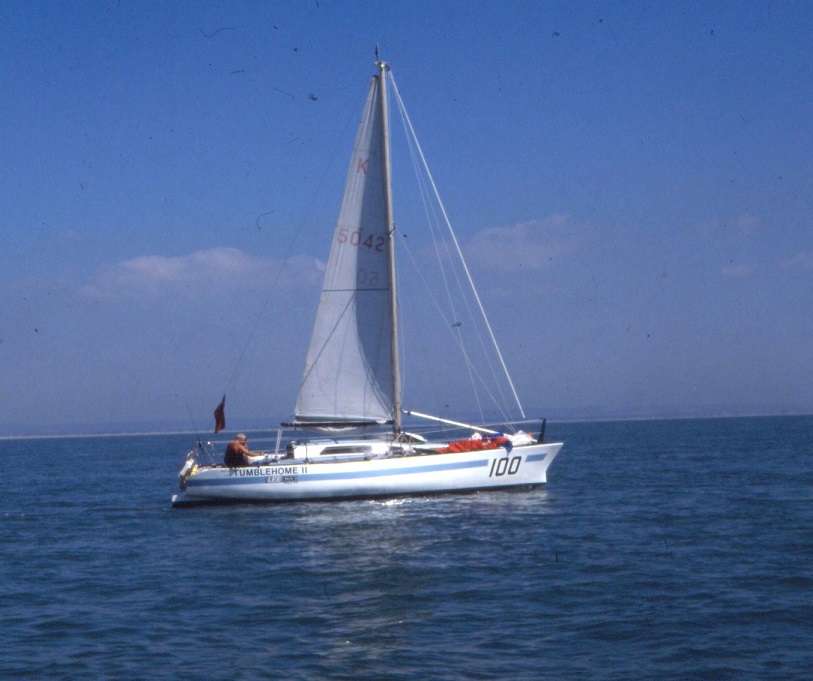 2012 January, For Sale One off racing yacht - IOR Half Tonner, Year : 1974 | Price : £24,750,
'Tumblehome 2', is a one-off racing yacht and suitable for coastal cruising. It has an impressive racing history on the East Coast having cleaned up for many years in IOR class racing. Designed by Stephen Jones and built by Fox and Sons of Ipswich, she is an impressive yacht with truly eye-catching lines. The current owner has lavished several years of his time, his skills and heaps of money on her total refurbishment. The boat is in superb condition,represents great value and an outstanding opportunity to acquire a unique yacht. Tumblehome 2 has an excellent survey, and is currently well wrapped up for the winter. Her recent engine has been little used. Location: Foundry Reach - Walton on the Naze

The pushing of 'B' to the extreme, as seen here on the aptly named Stephen Jones Half Tonner Tumblehome 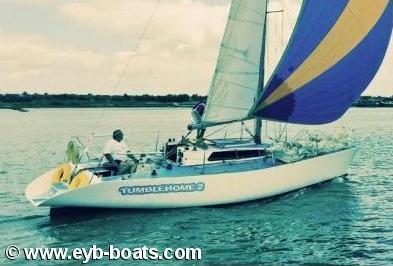 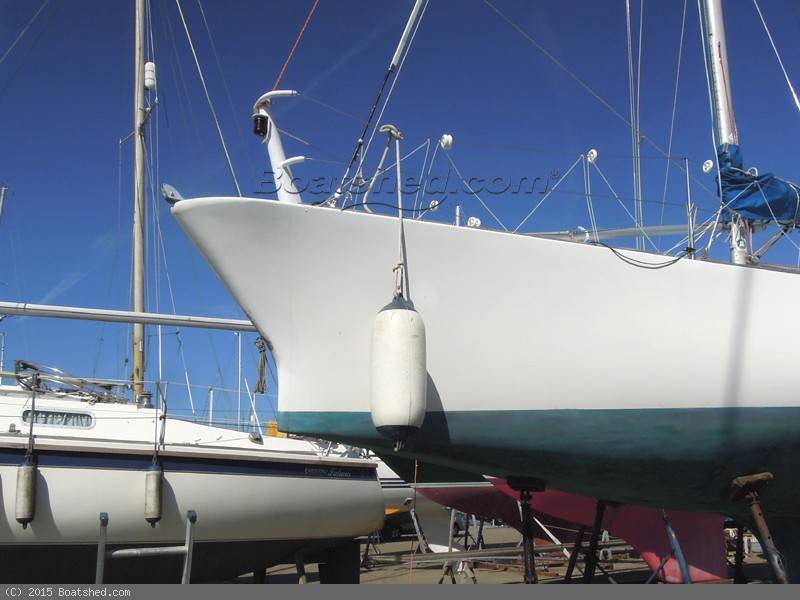 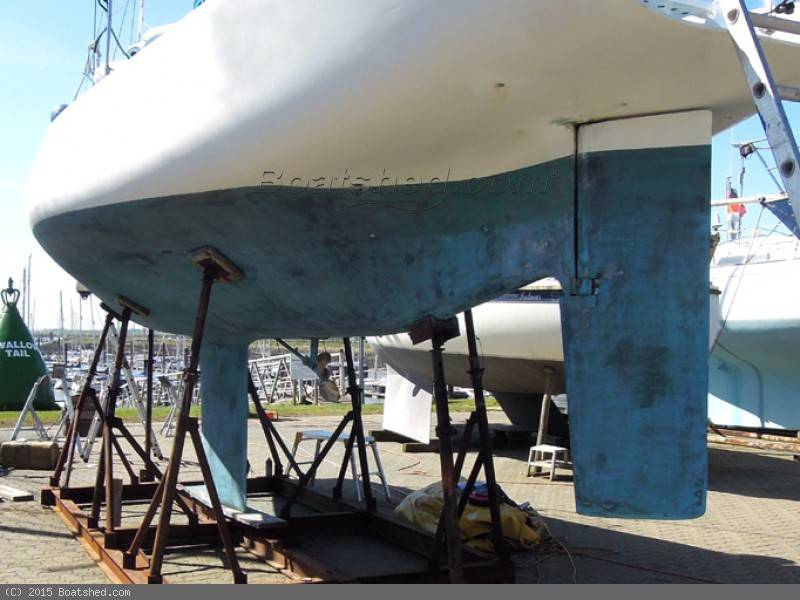 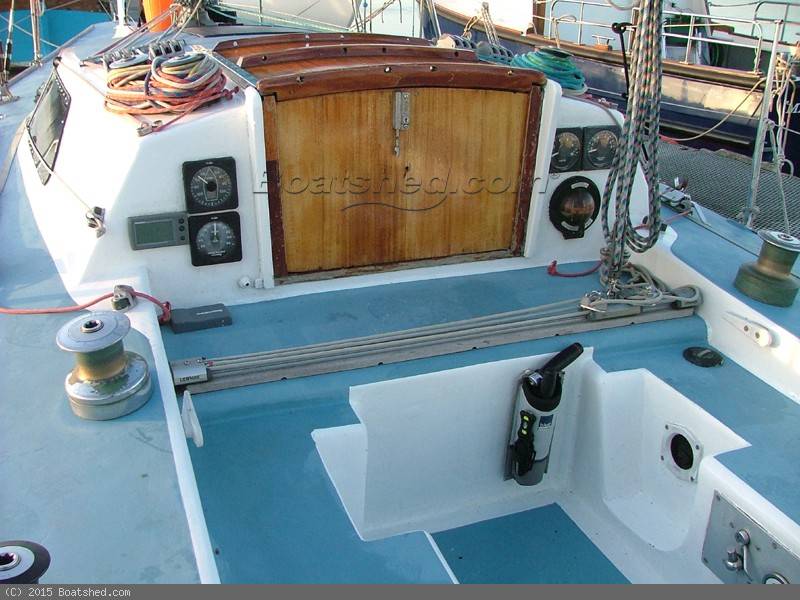 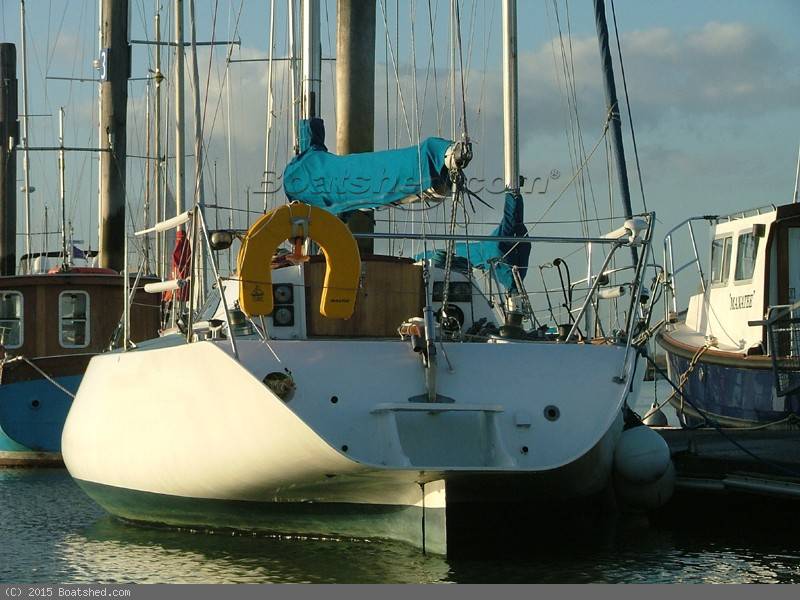 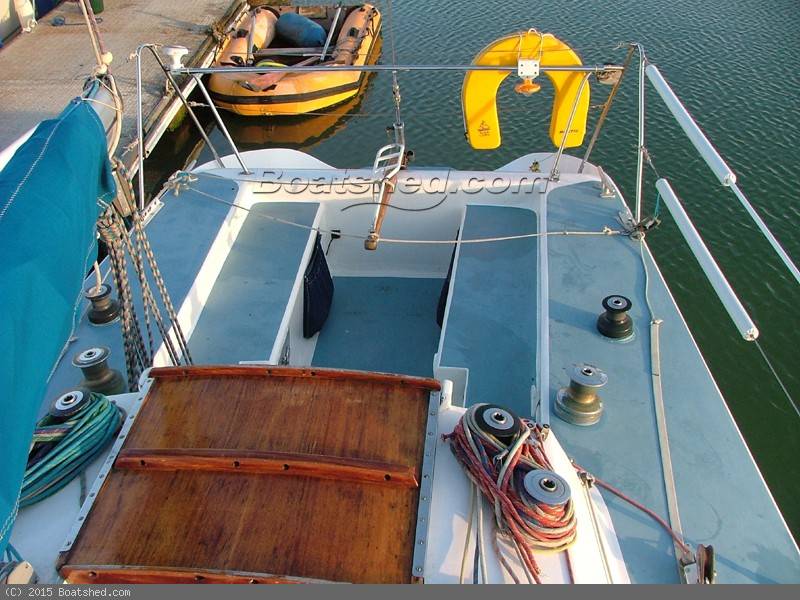 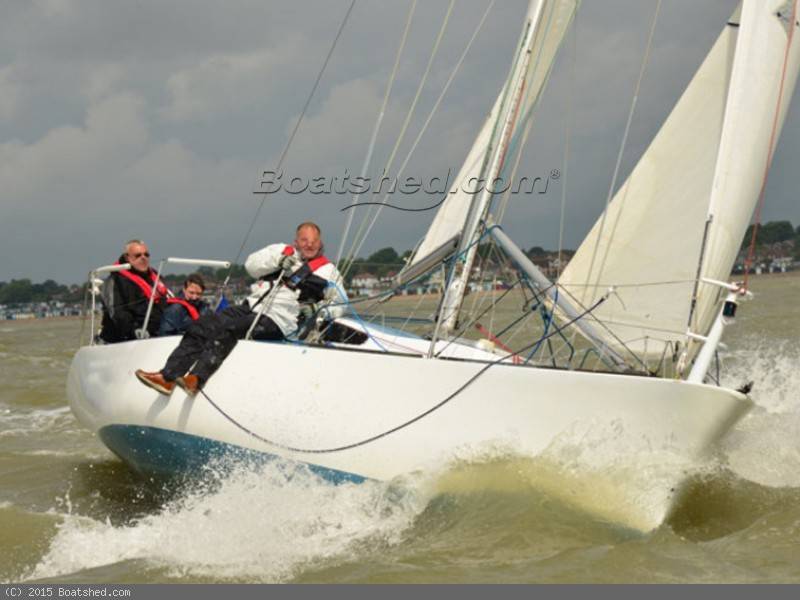 2020 June E-Bay, For Sale, 34f Bermudan Sloop. Half tone category; Condition is Used. Standing on the hard, this is a project incomplete. The exterior is almost complete with topcoat.  New rudder bearings and cutlass; New compass, instruments have been refurbished for assembly; Deck hardware and rudder to be refitted. Antifouling primer and antifoul available. Nani 10hp inboard engine; Approx 9 sails; New windlass and bespoke bow roller; Replaced racing coil with furler; Interior a littlel untidy, was adding insulation into the bow. Does require a new house battery. Rudder needs some attention. It is a project that was being refurbished. Reason for selling is: I bought a bigger boat. This vessel has lovely lines and a history on the Essex coast with racing. 5500 livres, location: Maylandsea, United Kingdom 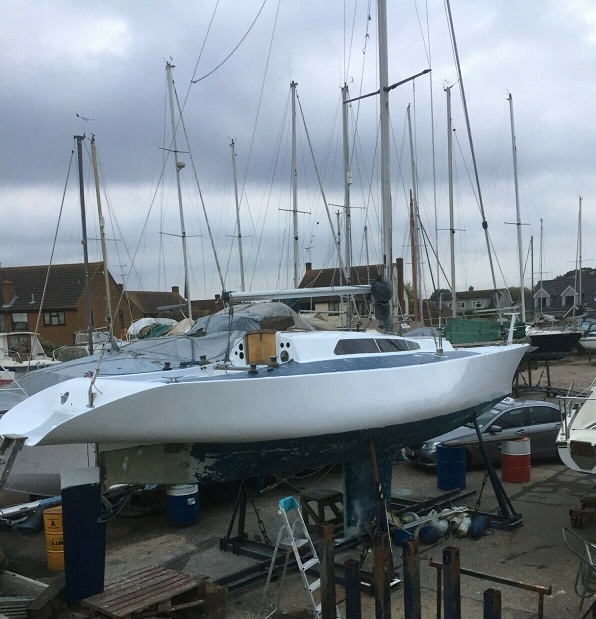 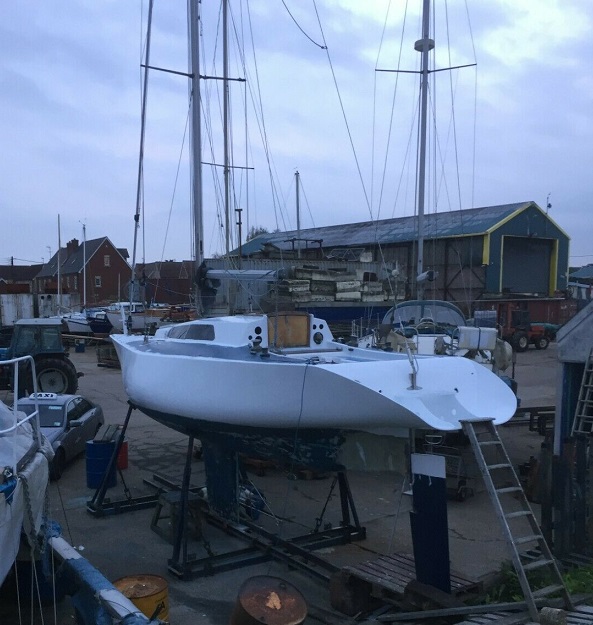 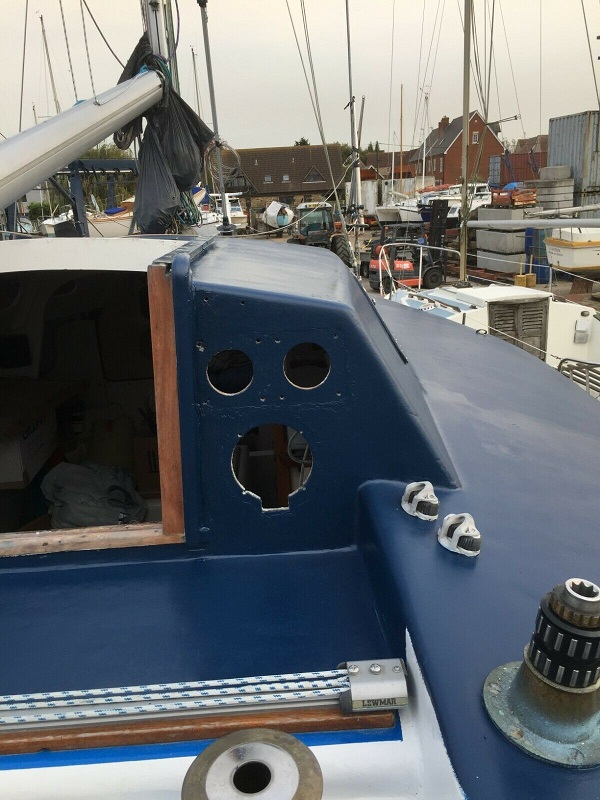