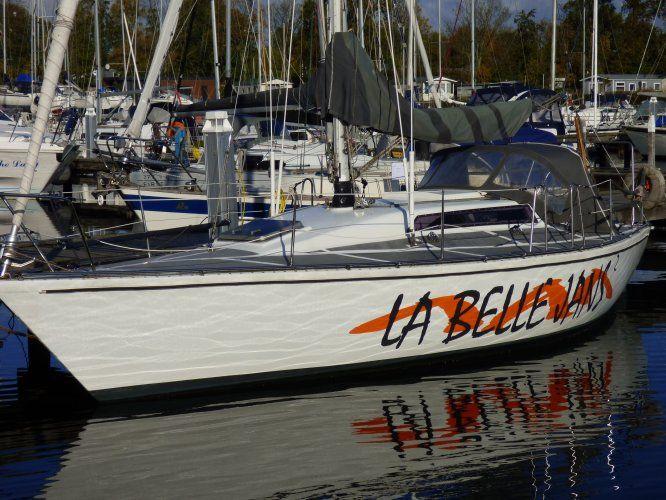 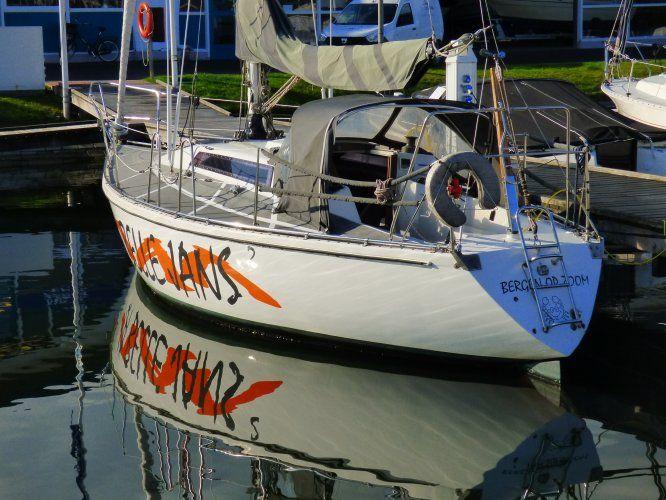 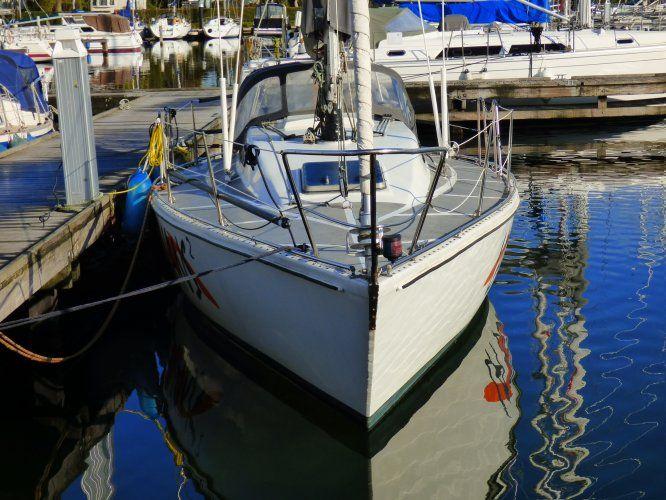 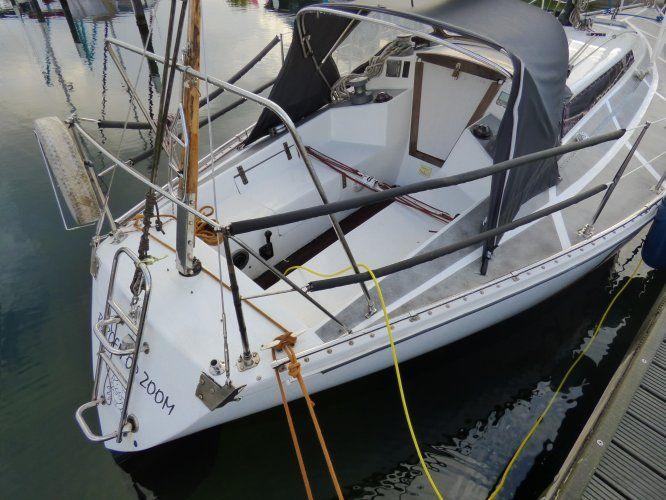 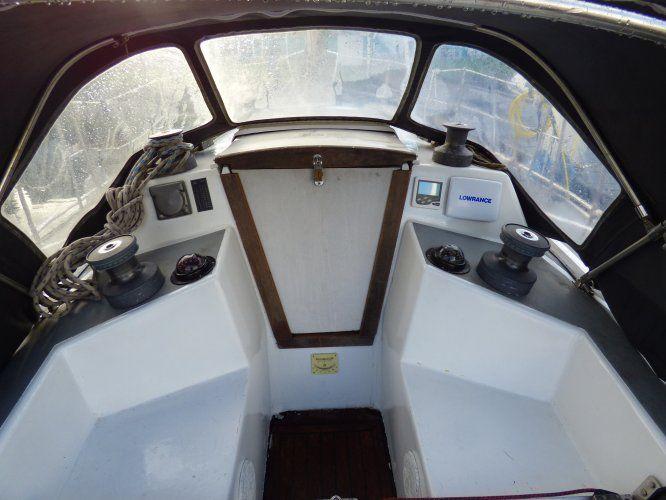 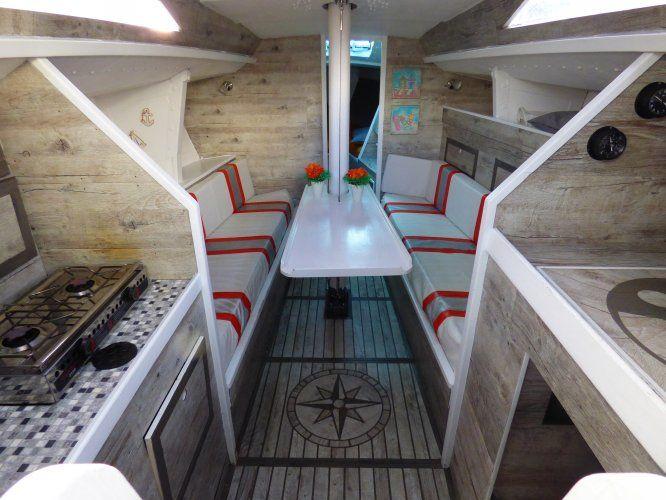 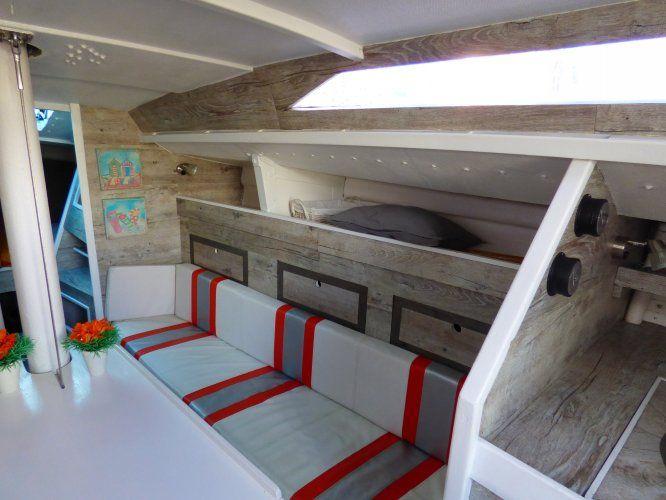 Vincent de Vries "As former owner, bought her from the first owner I know the history of this Doug Peterson Half tonner. This was the last of of series of 4 boats built by Sunship, owned by Max Gouverne in the Netherlands. The four boats had all the same hull, but slightly different deck, coachroof and cockpit. The hulls were equal to North Star and Foxy Lady. Our boat was called Aquatic when we bought her in 1983. We had to rename her because the first owner bought a DB2 named Aquatic. We gave her the name Aquatique. We sold het in 1998."