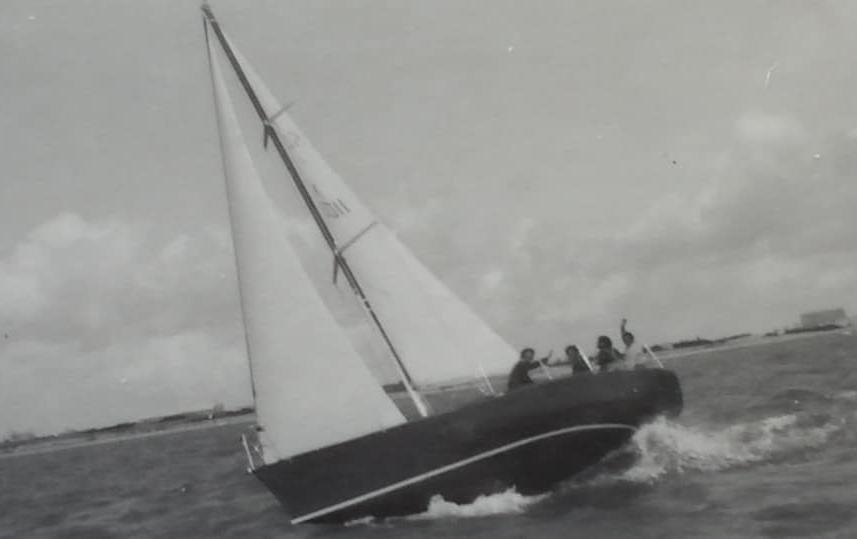 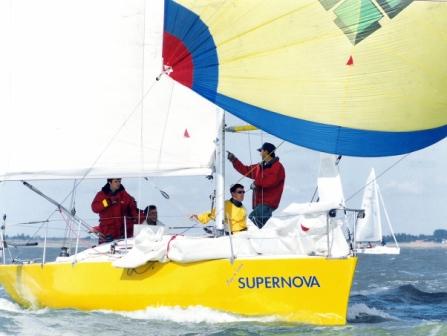 2010 Aout: "Not much is more painful that looking at what the IOR rule did to boats - especially under the water. Stephen Jones drew some particularly tortured shapes, and this one is no exception. We love the text for the ad...."this piece of yachting history, a Steve Jones designed racing yacht, built to represent England in the 1974 World Half Ton Cup. An opportunity not to be missed." Thanks to anarchist Bobby. (from Sailing Anarchy)
Octber: For Sale...15 000 Livres, 17 120 Euros 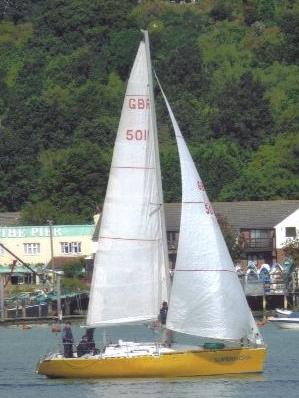 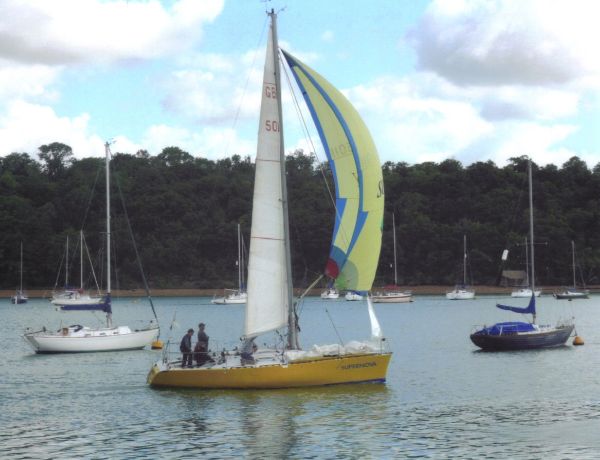