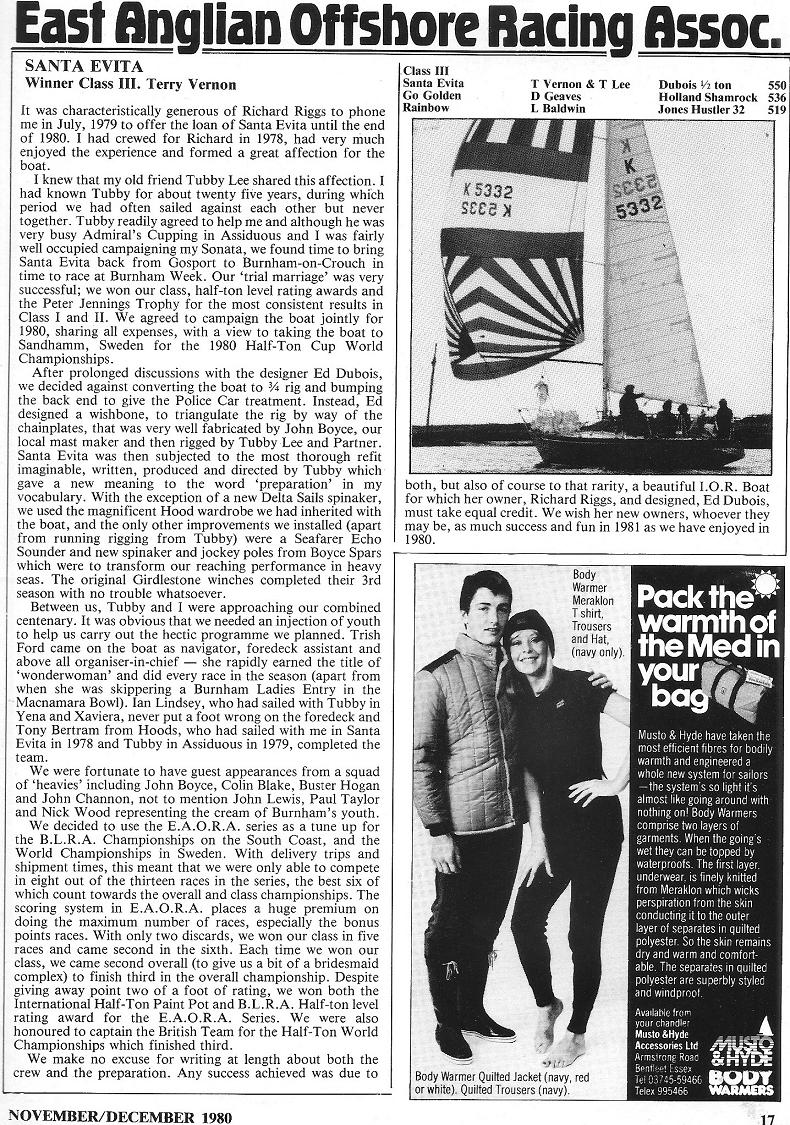 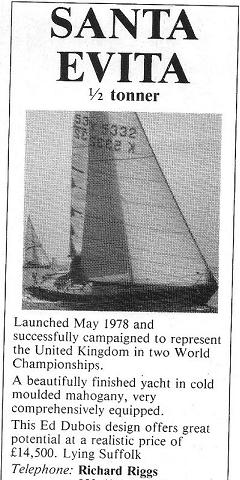 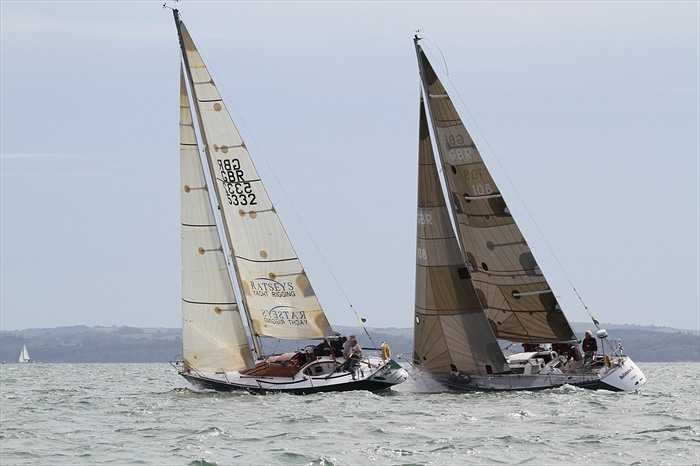 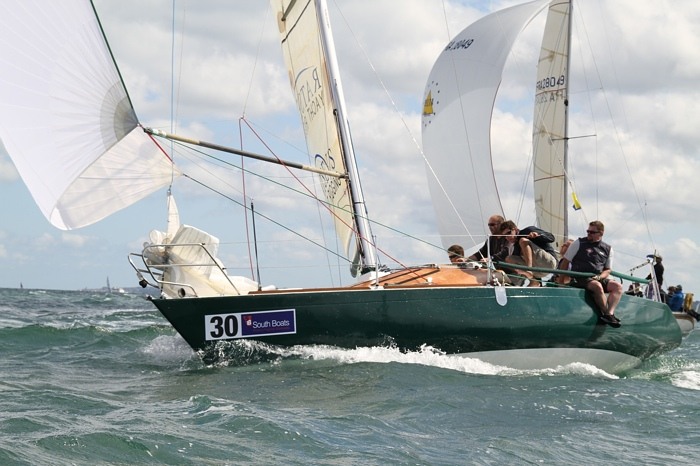 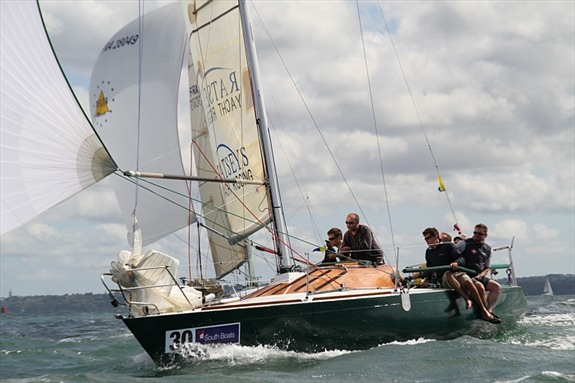 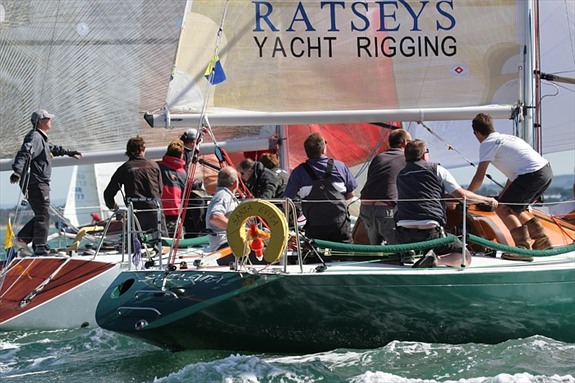 2012 28 february, Half ton class Europ: FOR SALE: Santa Evita, Santa Evita has been optimised to IRC racing with new swept spreader rig using non overlapping battened headsails will out point most of the competition, a 0.922 rating is very competitive winning lots of local regattas and 11th in ½ ton cup 2011 our 1st big event, lots more to come.  A much admired yacht with a unique cockpit layout, that actually works for 4-5 people! Complete Hull resteration in 2007/8 2 pack paints throughout. New in 2008, Mast, Dyform rigging, dyneema ropes throughout, Spectra sails road trailer, Harken deck gear, New in 2011 Main No1 in Kevlar D4, This is a very reluctant sale after all the hard work but due to an ever growing family size, I feel a new owner would get a lot more use than I would. Ready to race. On road trailer with mast strapped to deck, ready to be transported anywhere. Price: £20000 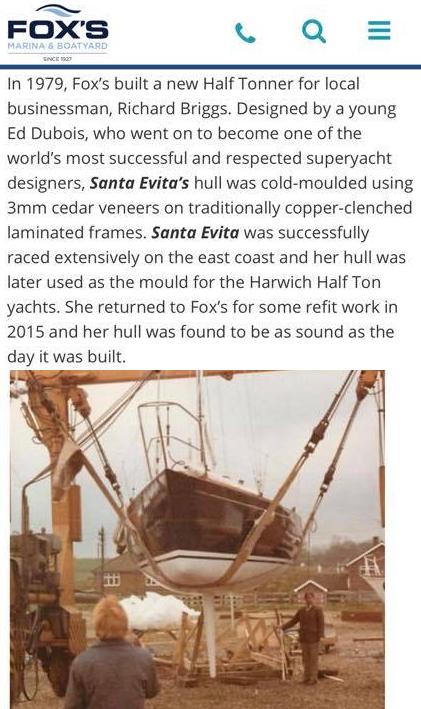