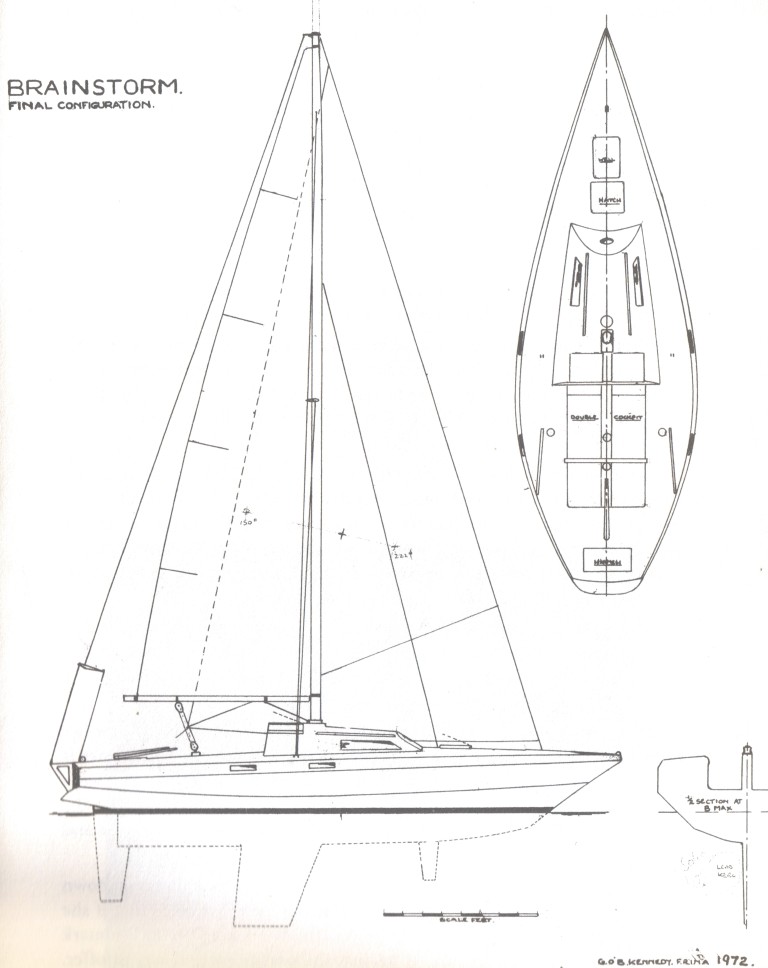 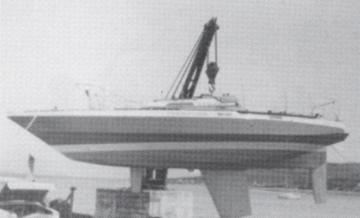 And I have found these information, but without source's name: "Among the most remarkable boats built during that period was ‘Brainstorm’ designed by Brian O’Brien Kennedy in 1973. (O’Brien Kennedy is well known in Ireland for his more orthodox designs such as the IDRA 14.) She was a remarkable boat for many reasons. She was home built by Donal Conlon and Bert O’Mahony in plywood in a shed on Lough Key in Co. Roscommon, (with double chine layout similar to en Enterprise dinghy) the most economical material for one-off boats at the time. There was not enough funding available during those years to construct moulds which could then be reused for production runs during subsequent years. ‘Brainstorm’ incorporated all the ideas of the day which were either ‘rule beating’ or performance enhancing. She had a masthead rig with the mast located exactly midships. (The IOR rule penalised boats with large mainsails and small headsails). This idea worked well for windward work but she performed poorly on reaching and running The next brilliant idea was to have two rudders, one near the bow and the other at the stern. The bow rudder or ‘canard’ which was quite small in surface area was controlled by a pegstay mechanism in the cockpit to give the hull lift. It is said to have worked well but would have benefited from a better control mechanism. This idea is still being used by some America’s Cup boats today. What is most remarkable is the fact that the winner of the Half ton Classics Cup in 2006 was a similar hull form to ‘Brainstorm’ but with a more conventional sail plan and mast location. Where is ‘Brainstorm’ now?"

From Vincent Delamny: "The remarkable Brainstorm  belonged to yacht designer George O'Brien Kennedy. She was cheaply built in 1973 in plywood and incorporated too many features:
1. Canard rudder operated by a second tiller which sat over the main tiller. 2. Very large headsail and small mainsail. 3. Stainless steel hollow keel.
4. Tapered topsides to minimise windage. 5. Displacement 2.6 tons; She was good upwind but could not compete with Shamrocks on all other points of sailing." with this picture and the plans. 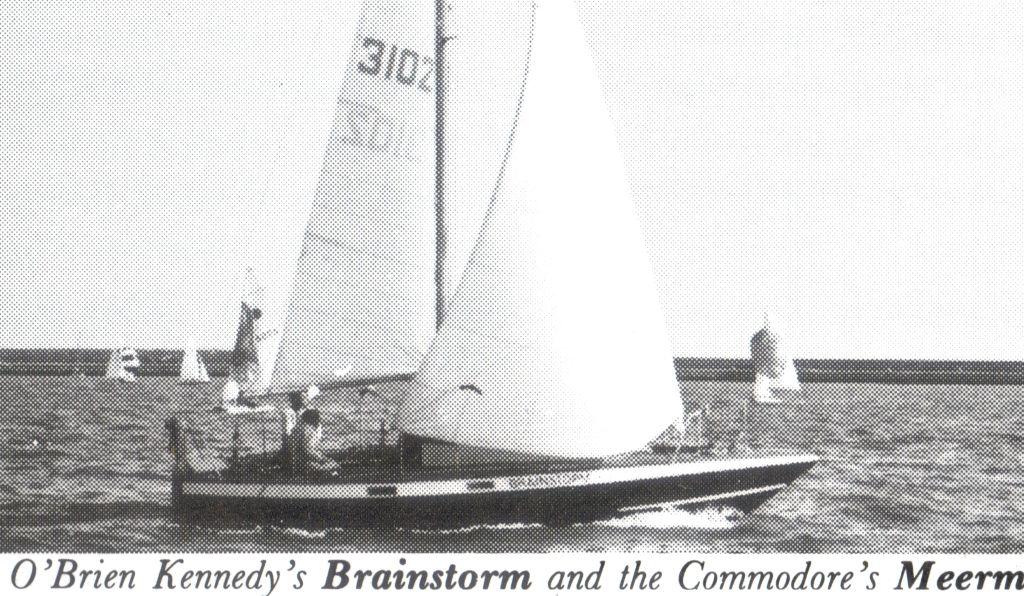 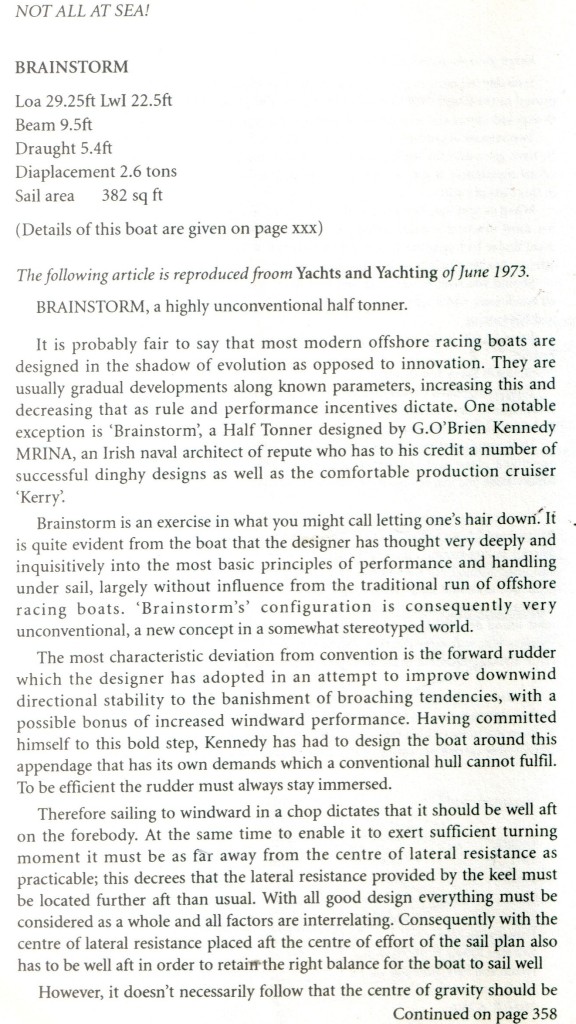 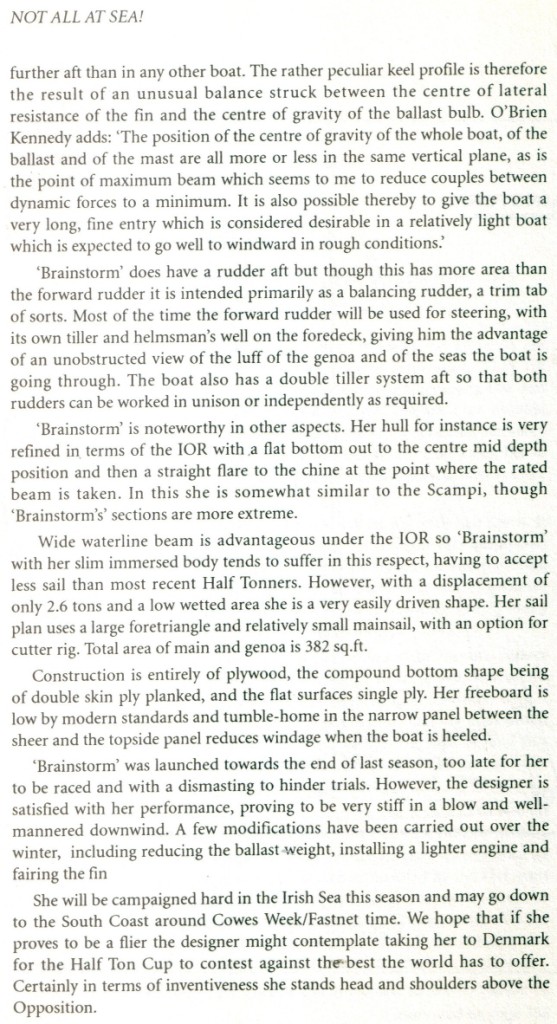 Picture from the book "Howth a century of sailing" by W.M. Nixon, received from Vincent (2017): 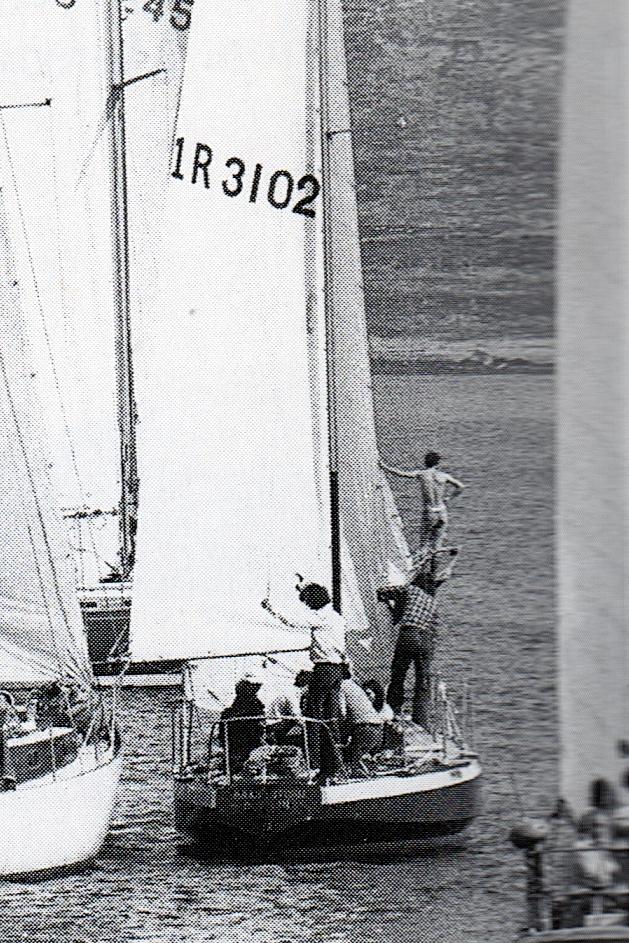 Picture from Northern and Southern Ireland racing yachts past and present Facebook 2020, 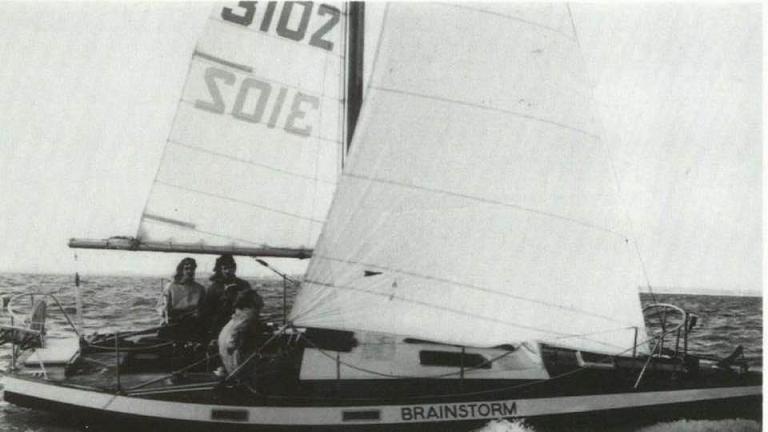