1985 Owner: Paul Martin sailing in Dartmouth.
Here are pictures of Lepus Lazuli off Dartmouth 1985 before she was sold to Peter Rutter.
Picture from James Richardson 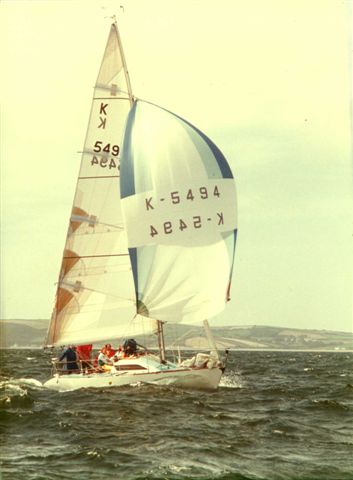 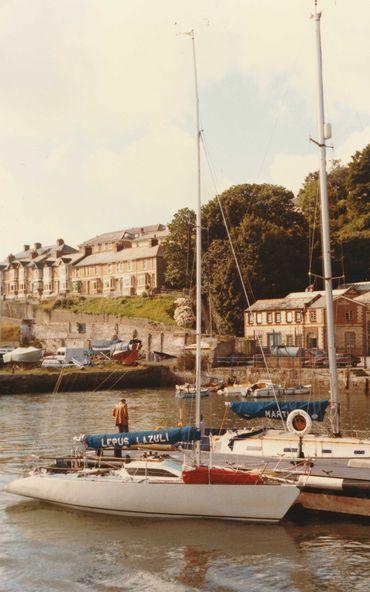 "The boat then passed to Paul Martin as part of an exchange for HT K5494 Lepus Lazuli, which became the first Quokka.  Movie subsequently reverted to her original name Espada.  I sailed on both boats during the 80’s."

HALF CUT, K 5494
19?? "Quokka/Lepus later became “Half Cut” after the stern was shortened." In blue infos from Richard Salter and this picture: 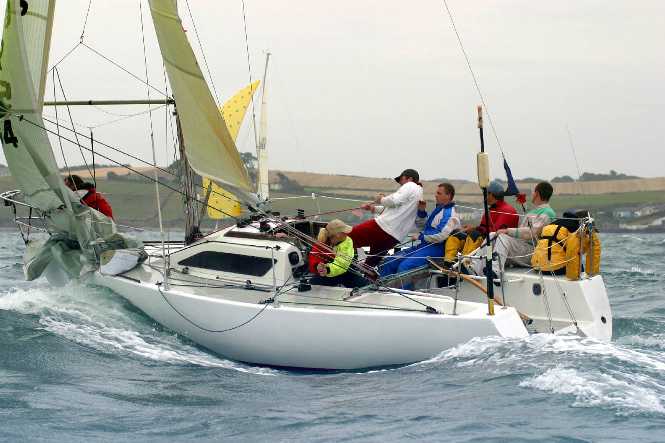