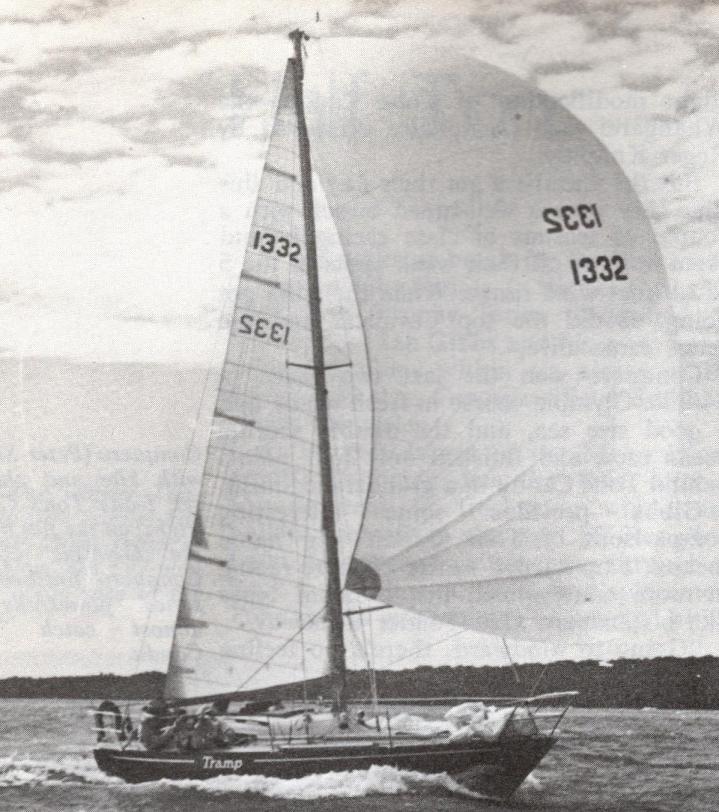 "Laurie Davidson had made his mark in the early 1970s with his heavy displacement Half Tonners Blitzkreig and Tramp. However, after they had been beaten by Farr's Titus Canby, Davidson, as with Paul Whiting, began looking more closely at the light displacement"
"the owner of tramp was Tony Bouzaid who as you would know commissioned Waverider which won a few 1/2 ton world titles"