1977 6 December, Half Ton Cup, Sydney: 14 - 13 - 11 - 15 - 8 = 9e/22, Terry GRUNDY
Comment from Facebook 2021 "Chris, we had some great battles with Half Measure, also a Peterson 30. We did well in the World Half Ton Cup at RSYS in 1977 - a ninth place was creditable given that the boats ahead of us were the new centreboard Farr and Whiting designs. Roger Grimes, who sailed with Peter Cole, named the keel boats as "the lead swingers" and it seemed as though we sailed in our own division. We sailed against some great sailors such as Bruno Trouble of France, Harold Cudmore and Killiam Bush of Ireland, and some seriously good and determined sailors from NZ."
26 December, Sydney-Hobart: DNF/130, 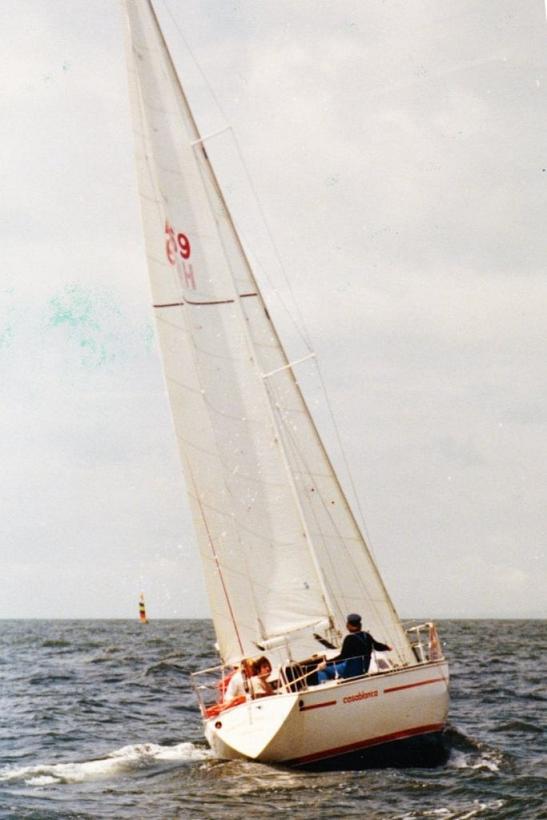 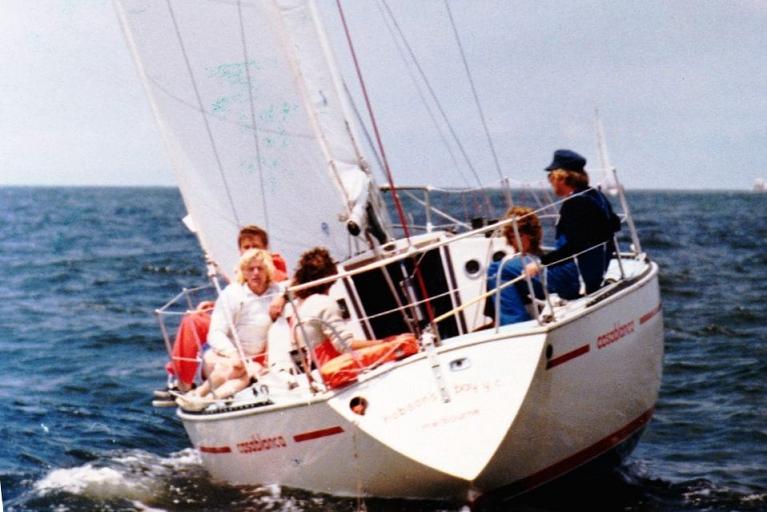 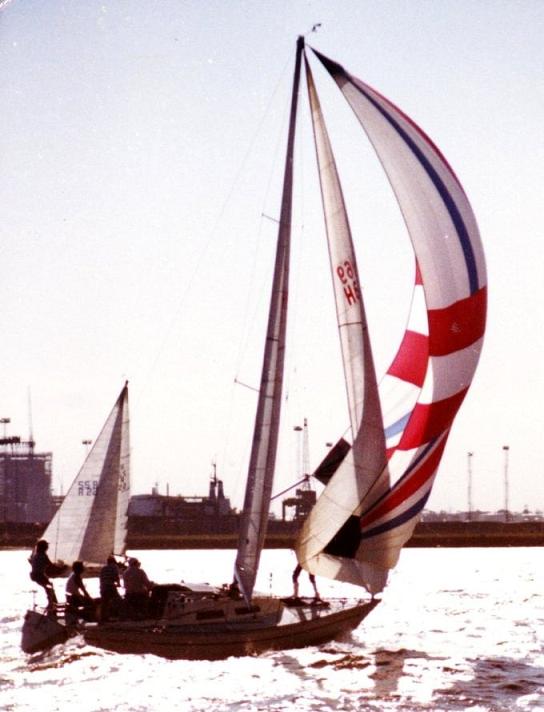 2017 July 13th, From Sailing Anarchy, Signature SPORTSCAR "Here's another of Doug's best, this one a half tonner put together in Melbourne by Terry Grundy and superbly sailed with his crew including legends Phil The Whale Miller and Fred Warner, both sadly RIP. My dad had a near sister Peterson 30 built in NZ whereas Casablanca was built in Western Australia. We learned a lot chasing Casablanca around for a couple of seasons, 77 & 78, and watching Freddy and The Whale work seamlessly and quietly together on that boat is something I will never forget."