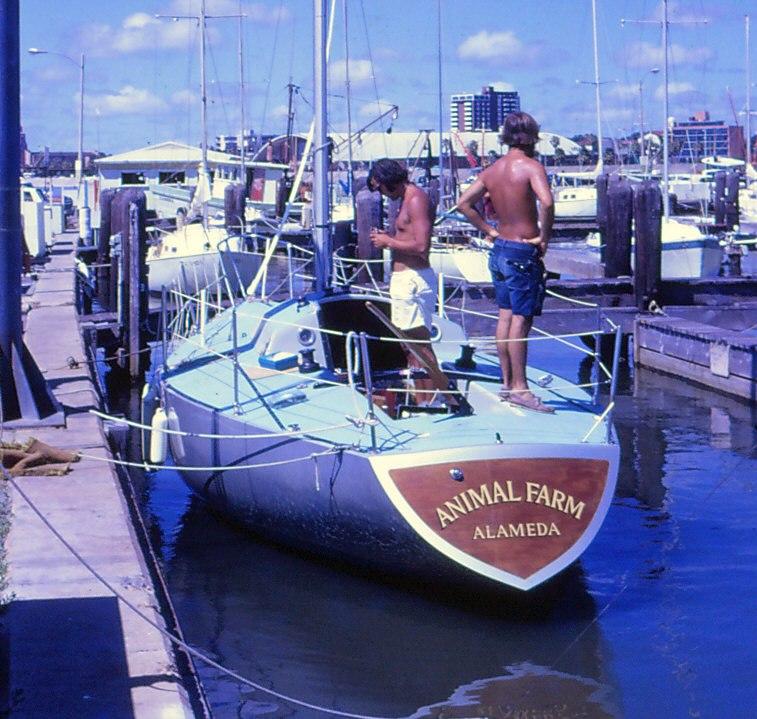 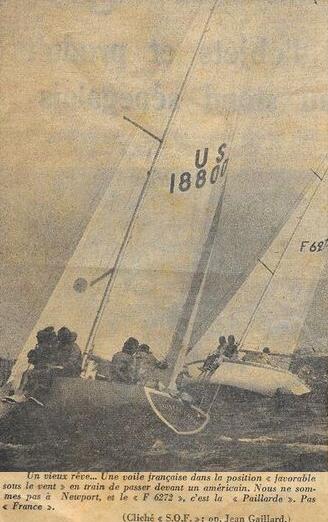 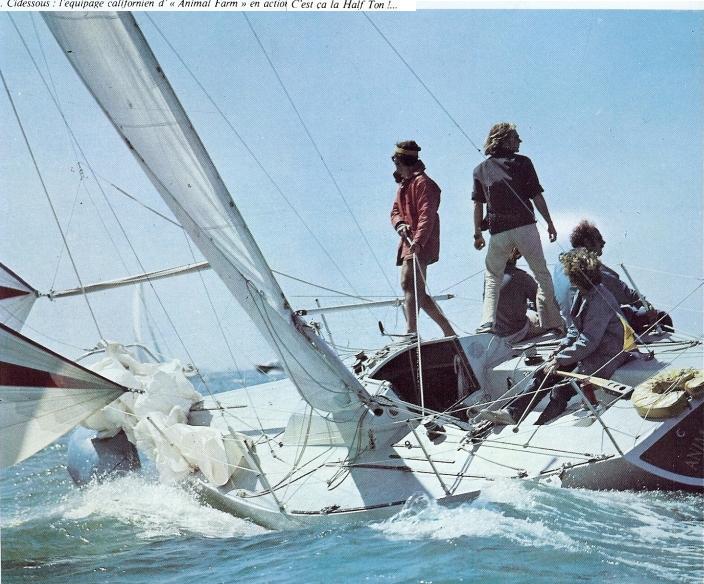 From Facebook 2022 Mike Schachter "For a few years, a friend owned Animal Farm while I owned Hawkeye. We kept both boats in Newport Beach. We had some epic races against each other! Those two boats were amazingly quick upwind and held their own downwind. Shy kites were needed if the breeze was up, which is rare in SoCal. Tom Wylie had some great boats then." 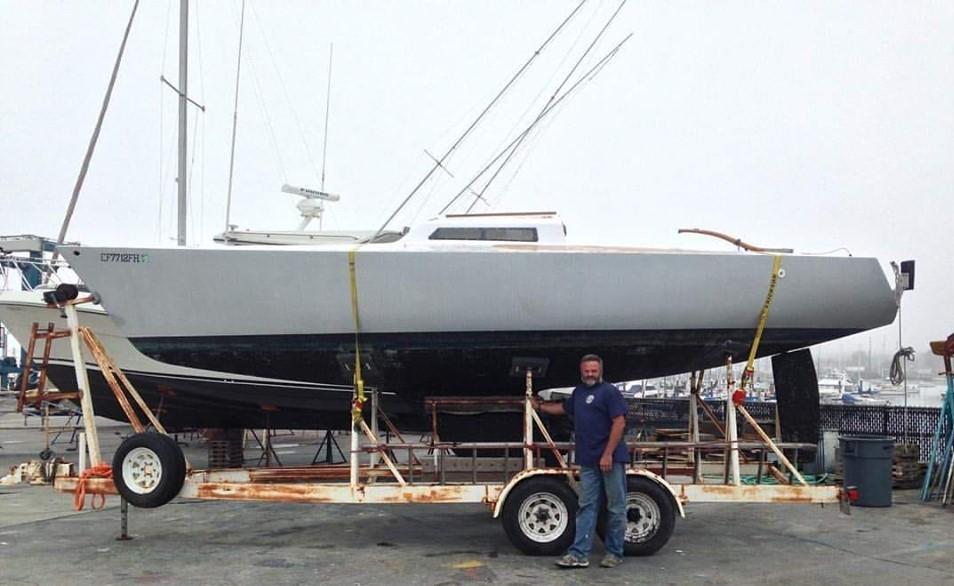 2020 February from Facebook, Scott Krivanek, owner: "That was cool to check out. I knew the boat when it was first built and stumbled across it a few years ago. It needed a lot of work and I'm just now getting to the point where I'm going to be able to sail it. I'm really looking forward to that"
Pictures from Facebook 2020, 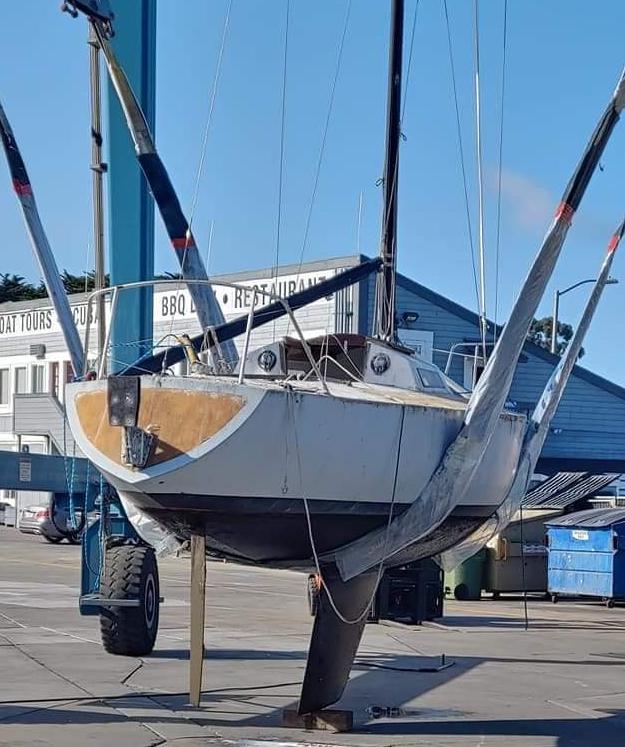 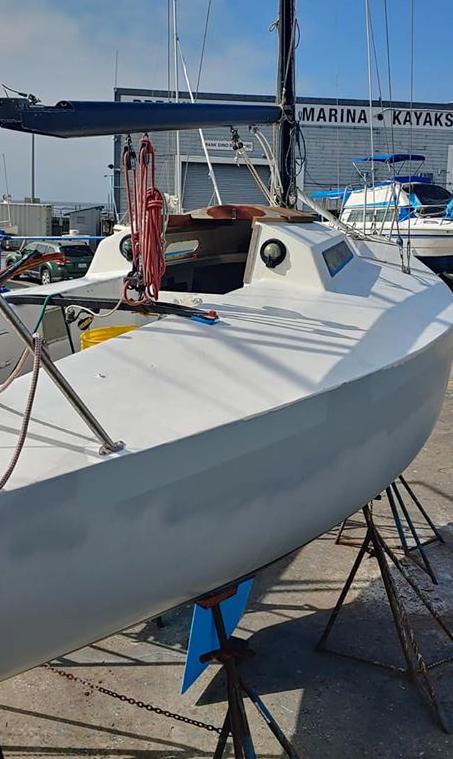