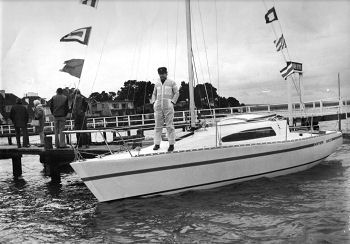 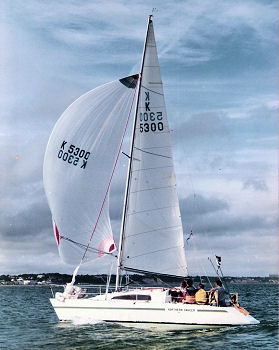 2021 February, received from Charles Caselton, "It was launched at RMYC (Royal Motor Yacht Club) Poole, Dorset. The first time it was sailed, it won the last race in Poole Winter Series, 1980. It is now back at RMYC, Poole undergoing refurbishment and further improvements. It hasn’t been sold, my father still has it abd is working on it, re-doing the cabin as well as the hill... It is located at RMYC Yacht club in Sandbanks, Poole and he intends to get it back in the water this Summer.  I will talk with him about it..."