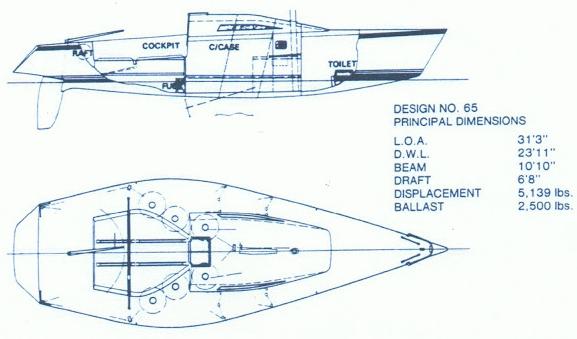 2269 is an Australian sistership to the New Zealand Farr centreboarders Gunboat Rangiriri and Swuzzlebubble, designed for the Half Ton Cup 1977. The yachts were 'big' Half Tonners, with more length and sail area than Farr's earlier 920 design, and a higher ballast ratio. The engines on all three yachts was placed alongside the centreboard and just behind the mast - this assisted with bow down trim for rating purposes, but was central enough to reduce the yacht's pitching moment and ensure that it would be fast through the expected Sydney chop.

The centreboard class of 1977 were a step ahead of their fixed keel competitors, although 2269 had not enjoyed the same tuning period as Gunboat Rangiriri and Swuzzlebubble and was not up to speed with her New Zealand sisterships. After the Dunhill series their Fraser sails were changed to Norths and John Bertrand was brought on as tactician.
2269,
6 décembre, HALF TON CUP, Sydney: 4 - 6 - 4 - 7 - 3 = 3e/22. Graham OBORN , HTC report
"Neptune Nautisme" Février 1978: 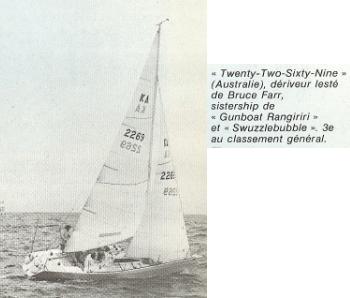 The yacht was later renamed:
Night Raider, Sw 269
As with her sisters, the centreboard was removed and a keel fitted. 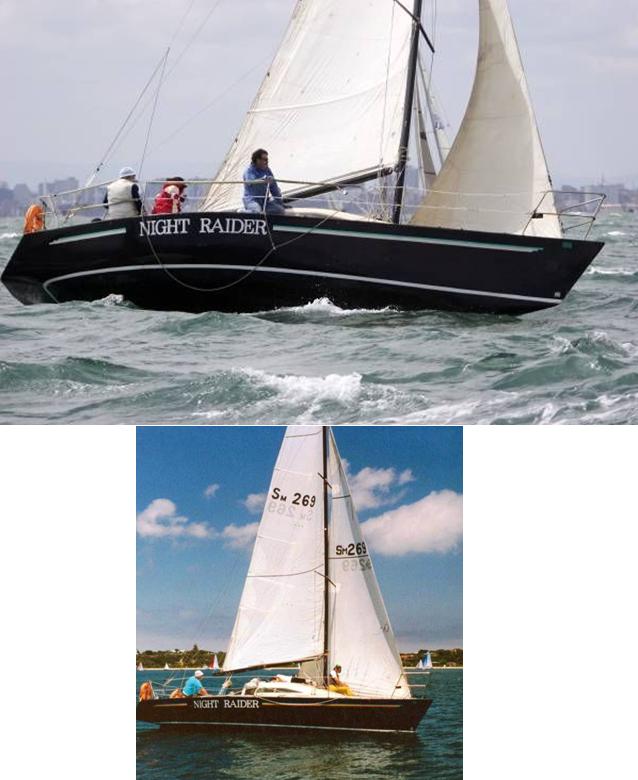 201? She was beached in a storm and considered an insurance write off, with lots of damage to the hull and holes in the deck. 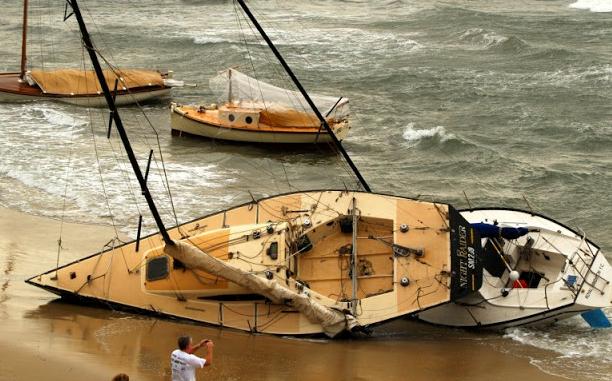 2012 Her new owner is undertaking a complete rebuild in her current home of Melbourne and hopes to have her back in the water in late 2013. Modifications include installing a new Yanmar 13hp engine under the companionway stairs, and new swept spreader rig and an open transom, and strengthening of the deck which had become soft over time.
Night Raider arrives at her new owner's home for her rebuild 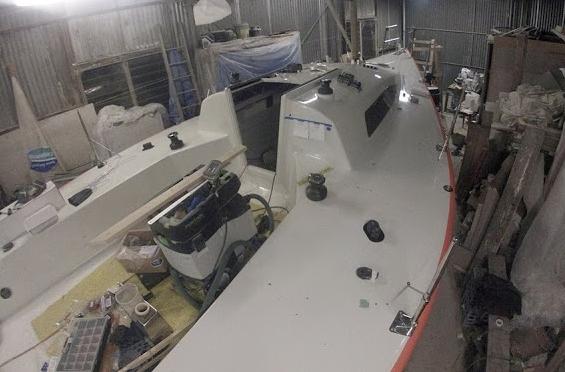 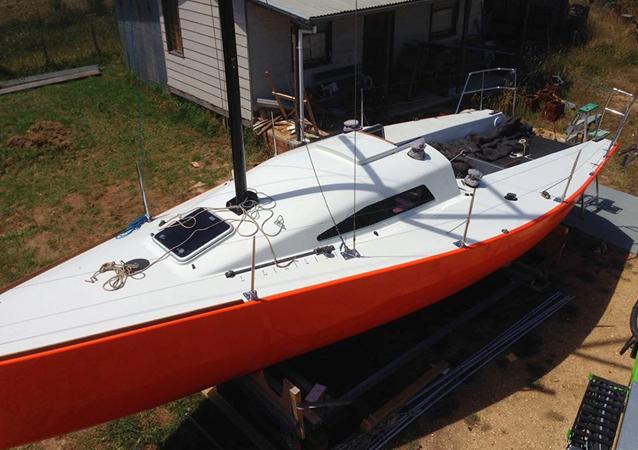 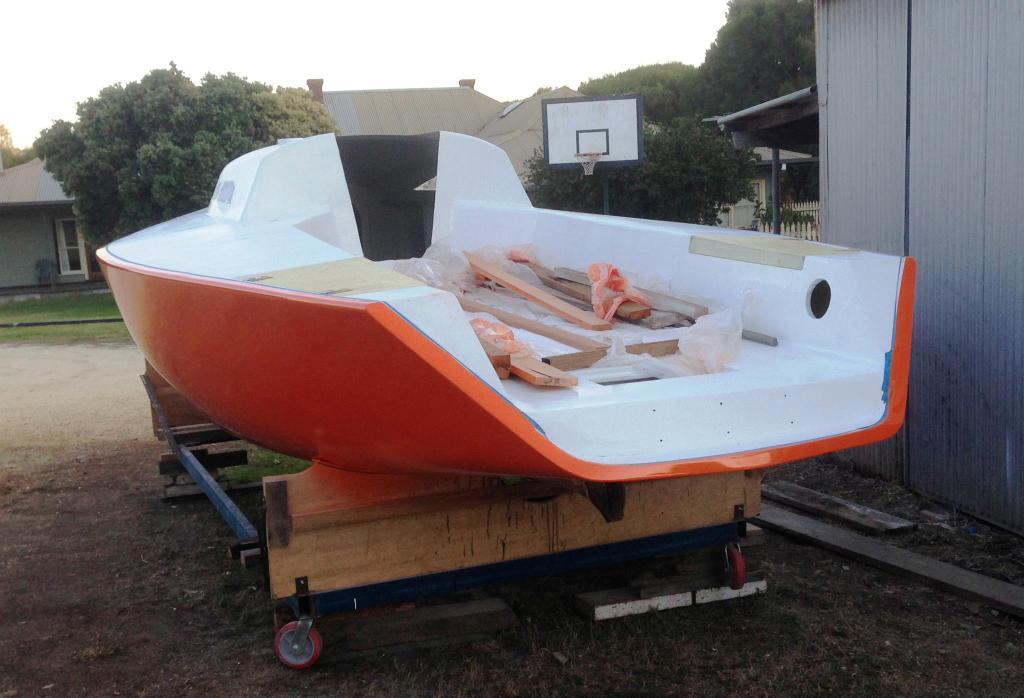 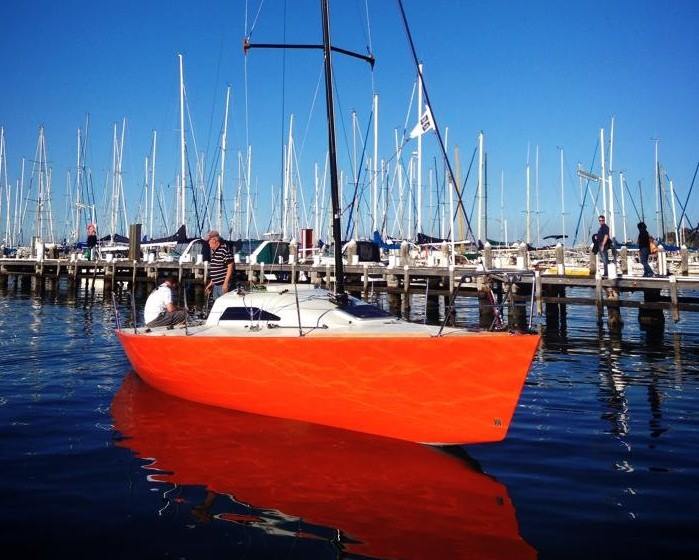